What time is it? Its Dashboard Time Number 2

This week is #DashboardWeek here at the Data School.

The aim of the week is to produce a Dashboard a day, if it wasn’t difficult enough to do data prep and then build a viz, Andy decided that we could only start the days project after Lunch. This automatically raises stress levels.

The Second topic was based on how people travel to work. The article can be found here. This topic was not as dark as the first topic, however it imposed it’s own challenges. I originally wanted to create a map and use this to filter different sections of my viz. However after multiple fails I realised this was not possible by blending in Tableau and the level of detail I wanted made the areas of the map small and unreadable. I decided to scrap this option, this lead me to follow just what the data was presenting. I wanted to focus on ‘The North’ mainly because I am from the North, not as North as Scotland as Andy seems to think.

Again I ran across some challenges, first my population for regions in the north were close to 79 million each region (3 regions), it was only when I presented this to DS2 did I notice. I quickly fixed this problem by going back to my Alteryx workflow and removing the Tableau Polygon macro as I was no longer using this information and deemed it as pointless including, and it also made my numbers incorrect. Once this problem was solved my numbers were better and my viz was accurate (based on 2011 data).

The region and sub region can be used as a filter, also the method of transport can be used to filter.

Below you can see the final dashboard. Click the picture for interactivity. 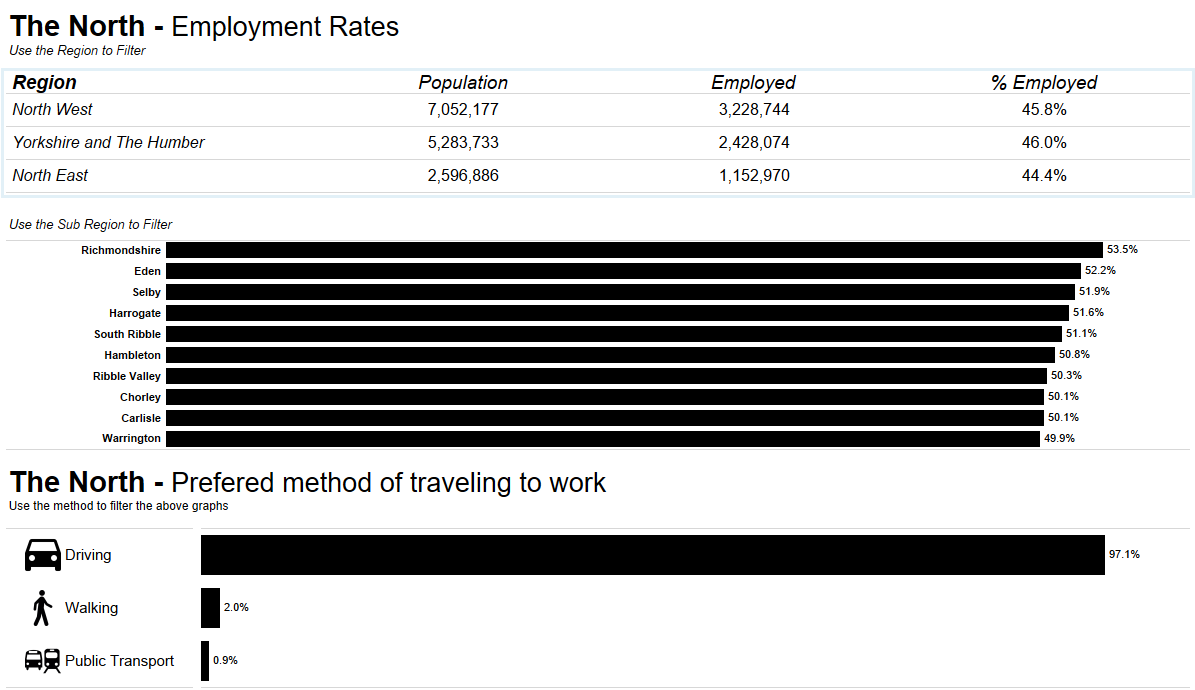 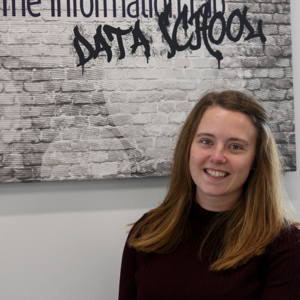