For day two of dashboard week, head coach Andy set us the task of visualising a data set which had plenty of information regarding forests all over the world, and the extent to which these forests were experiencing deforestation.

After an initial glance at the data set, it became clear that this was extremely wide. This can only mean one thing in terms of data prep: pivoting...

So I opened Alteryx, and created a workflow with 4 separate outputs. 1 was the main extract, whilst the other 3 were subsections of the data set which needed to be pivoted. The idea was to keep the pivoted tables separate in Alteryx, and then rejoin them in Tableau using relationships. My Alteryx workflow and Tableau relationships can be seen below:

Once the data prep is complete, the real fun can begin...

My first decision when thinking about insights from the data set was to narrow my focus on a specific subset of the data. I did this by focusing on deforestation in Brazil, particularly when compared to it's Latin American counterparts.

It became instantly clear that deforestation in Brazil dwarfs all other countries in Latin America - as shown by the bar chart highlighting that more than half of all total forest loss in the region stems from Brazil.

The middle row of slope charts again highlight how average forest loss and average tree cover loss in the region has been much higher in Brazil vs other countries in Latin America for the last 15-20 years or so. Despite this, perhaps a positive insight from the data (from Brazil's perspective) was that forest burning had decreased significantly in the same time period. Mexico, Paraguay and Bolivia all had higher average burned forest areas than Brazil.

So far the dashboard has highlighted what  is happening and where this is happening. But I still needed to find out why this deforestation was happening, and what does this mean? This is why I decided to add some supplementary data.

The bottom left chart answers the why question: Clearly this land is being deforested to make way for a significant increase in cropland and grazing land, as shown by the huge spike at the turn of the century in this 10 year land use moving average graph.

So what does this mean? Well, a huge loss of forests (such as the Amazon) will cause a mass rise in CO2 emissions, since there are far less trees to absorb the C02 emissions caused by both human and agricultural practices.  This is shown by the bottom right chart.

A link to this dashboard on Tableau Public can be found here... 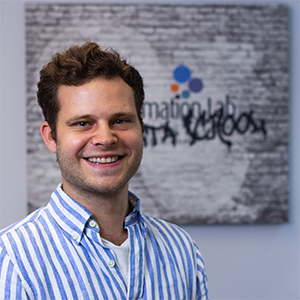