Today I will be setting myself a #MakeoverMonday challenge:

(up to) 30 minutes to plan, read up on the topic and data and then 1 hour to complete my dashboard. I will document what transpires below. Firstly though my plan before the plan:

Sketch out a plan

This week's #MakeoverMonday data was about price parity by state in the USA, how much stuff your dollar can buy you in one state compared to another. This was a concept I was familiar enough with so did not need feel it necessary to do any further research. Here's what the original visualisation looked like.

A crazy spiraling chart of madness, however I did get the message: Hawaii, California, New York are expensive, not hugely surprising. The data had the years in columns along with different categories: goods, services (rents) and services (other). Here are my initial notes from seeing the data and the general task ahead of me.

When I first saw the data I considered the idea of comparing states' relative rent prices but ultimately decided this wouldn't show me anything wholly different than the price parity generally. The two chart ideas that came to mind were a tile map of state spark lines and bump charts for top and bottom 10 states.

I don't usually like tile maps as I feel they often display spectacle in lieu of detail or insight but they have their place. I had also never even attempted to make one before this so it wasn't an overly appealing option. I nonetheless saw the potential in it and marked it down as "see how it is".

This was another chart I had not previously attempted but after a quick google I saw it wasn't too challenging and no where near as messy to construct as a tile map. So that too got marked down with a tentative "worth trying".

I then made two quick Excalidraw sketches of my dashboard to see how they might turn out.

This was where I had my idea for the title "Bang for your buck", seemed an appropriately American title with some relevance. This sketch wasn't especially helpful to me, other than for making me realise the effectiveness of this chart was going to rely entirely on the shape of the spark lines.

This was slightly more useful as it developed the image I had in my head for side by side Top 10 and Bottom 10 bump charts. It reinforced my confidence in the idea and soon after this as my 30 minutes was running out I decided it was time to get into Tableau.

One hour timer had been set and my head was occupied by the bump charts, so they were up first. I referred to the tutorial I had found earlier in my planning time and got to putting it together.

No hiccups here, it came together pretty quick and I realised a Top 10 was going to be too busy, let alone two top 10s. I got it down to a top 5, looked much better, duplicated the tab and made the bottom 5.

This was my first dashboard draft after about 20-25 minutes or so.

I had a few colours to clean up and a lot of formatting to do but fundamentally I liked it. However, the tile map in my head was wondering if it would ever get built. I was indecisive as to whether I should format my bump charts or go investigate the possibility of a tile map.

After a couple minutes of formatting procrastination I went back to my preloaded tile map tutorial and started putting it together. It was a bit fiddly to get together but it eventually started taking shape.

I saw there wasn't much movement in the lines across the years and quickly decided it wasn't worth the effort to make the chart look good and be insightful. Back to my bump charts.

As I was formatting I was becoming unsure if including only the state abbreviation would be sufficient for the reader to know which state each line is. To tackle this I duplicated the state field. I added that to the tooltip so the user can see the state name for any state abbreviation they may not be familiar with.

I think it came together quite nice in the end. A simple dashboard but a neat one too with decent insight and not a bad first go at bump charts. Check it out here.

I'm thinking one hour for the whole thing, I didn't feel too squeezed here, could definitely have been quicker.

Maybe see how quick I can go... 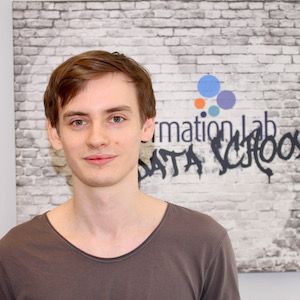 In TrainingLondon, UK
Level of Detail Calculations - The Basics