Dashboard Week Day 5. The final day. I’ll go out there and say something I didn’t expect to say at the start of the week – this was my favorite week in the DS so far.  I got the chance to try ideas we’ve learnt so far (I was frequently diving back in to our Tableau Time training workbooks), learn from mentors like Robin, and learn from the rest of my cohort. Every day their presentations gave me ideas to try in the future.

The dataset required a little help. As there was no unique identifier we had to create a record ID. That was we could at least plot the points on a map. In addition, the date fields needed formatting. Relatively easy though (compared to yesterday).

So, firstly, I like to see the base trend over time. Ask that WHAT question before anything else. WHAT am I trying to explain? I could sense that crab populations were dwindling over time and dwindling they were. King Red Crab in particular. An almost catastrophic drop from 1975. This would be my theme.

As soon as I saw this, I couldn’t help think of prices. Surely. Scarcity of a delicacy like King Red Crab would lead to a dramatic increase in price. I knew I had to bring data in to compare this. Luckily, within the first google search, I found exactly what I was looking for. Here’s the graph.

I had some ideas to try out from Andy’s snippet in his blog post;

‘’ I remembered a year or two ago they talked about how the catch quotas were significantly reduced because of a dramatic rise in the water temperatures in the Bering Sea, thus reducing the amount of crab that reproduced. ‘’

And I would be disappointed. I’m sure my cohort might find angles to show how temperature is related to crabbing catches but I couldn’t. 26 Sheets. That’s how many I tried to look for.

Temperature is directly correlated with avg catch. But in the wrong way? Okay then.

The best I could find was a histogram which didn’t really seem convincing enough to me.

Ok, so more are caught below 3c than above it. But is that really THAT surprising. I grew suspicious of how much of the impact is actually temperature and besides, Andy got this info off the Deadliest Catch. They wouldn’t have any reason to lie about OVERFISHING practices would they?

I’m on to something.

Let’s just whip up a graph to prove there is no impact of temperature on crabbing levels.

Now, let’s try and prove it’s overfishing. There was many angles to take here. I need to show that big catches result in hurt populations. Ideally, it getting worse. I can’t really describe my though processes of how I got there but I did (20+ sheets).  Here is year on year change % in total catches;

And that’s it!!!! Dashboard Week finished. Here is my day 5 dashboard; 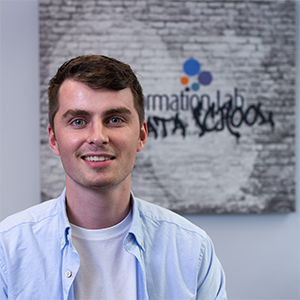