On Monday, we were tasked with creating as many vizzes as possible with just two numbers. This was a great way just to explore tableau with no particular agenda. It is very easy just to stick to the same tools.  After building as many vizzes as possible, we then put this on a dashboard and published to Tableau Public. Following the format of dear data two (one of Andy Kriebels blogs) we did a postcard and had to create a simple viz. I ended up creating light bulbs, ice creams and comets with just two numbers as this was quite pictoral and I thougth it was useful to develop my creative side being from a sciency background and all. 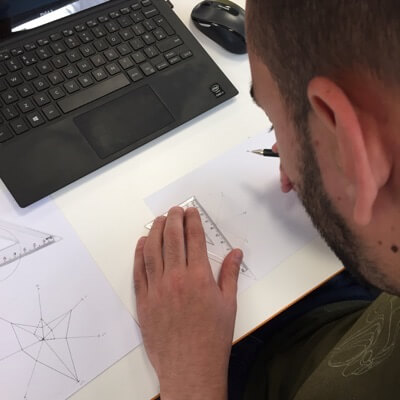 We had to create a dashboard showing all the different ways to show the two numbers. This was very messy and really fun! Although at first it did look aweful, in one sense it did look kind of cool in another. A sort of assult of the senses! I should stress that I did learn a lot doing this task and it really helped bring together some fragmented knowledge on some aspects of the tools.

Doing my postcard and these are the two dashboards I created – one showing lots of ways of vizzing two numbers and one with something more pictoral. A bit of fun but also some really useful learning. 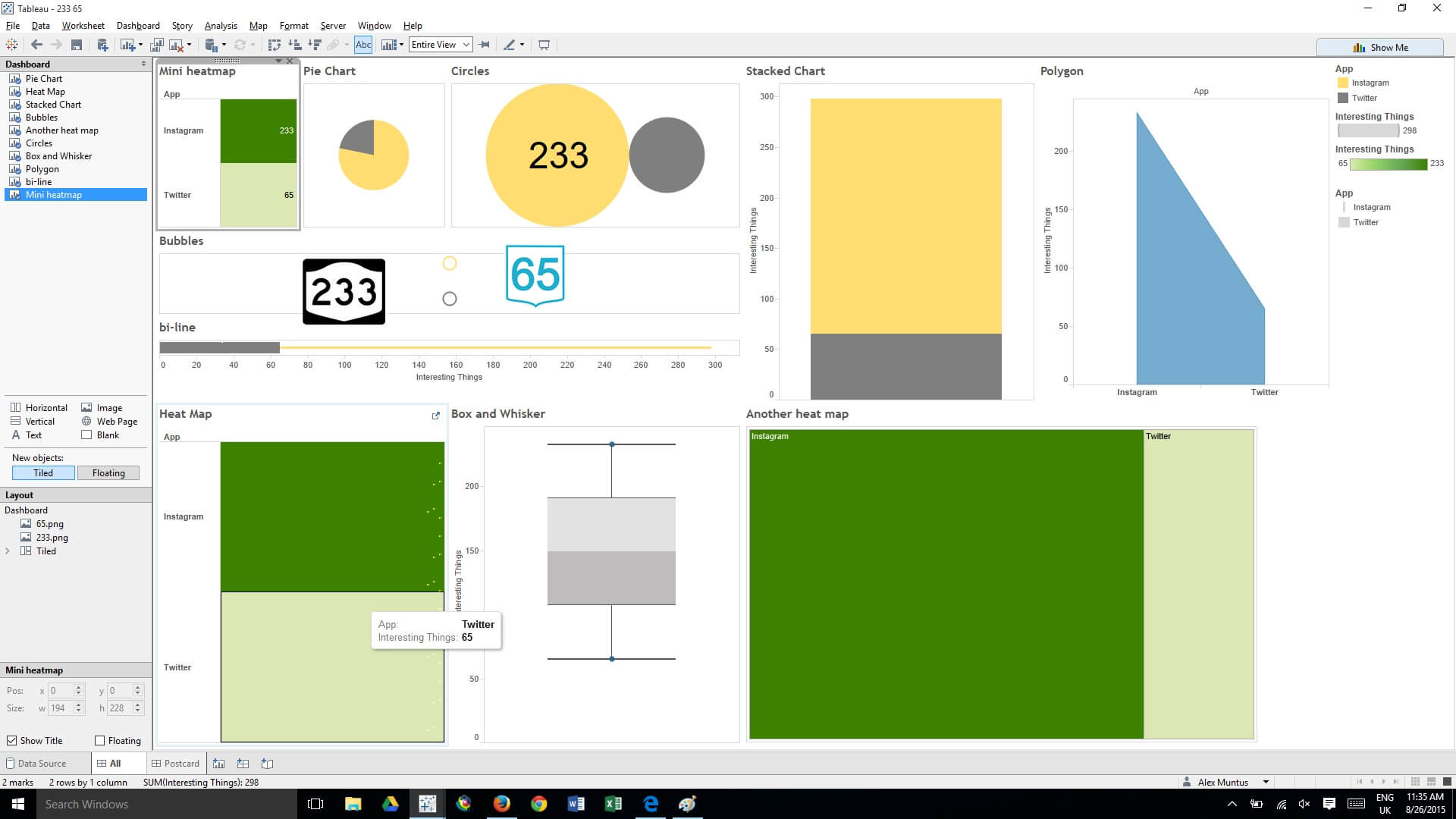 I stumbled upon the light bulb by fluke – talking with Ravi I suggested he could turn what he had at the time which was one large circle and the smaller one into a lightbulb which he quickly did but kindly let me keep the idea (cheers Ravi!) recalling the colour talk Andy gave us on monday that yellow and white dont mix I changed the background to a light grey. A dark grey for the bottom of the bulb is still clear. Changing the colours around (and because it had been hot at the weekend) I created an ice cream.

Playing around with duel axis the idea of a comet came along. I attached a background image and edited the transpancy and got what looks a bit like a comet. What would be really great is if Tableau could have a dynamic transparency setting. Currently the transparency is constant for the two data points. What I would like is (looking at the comet below) it to be very white at the comet and then going away from the comet getting increasingly transparant. This task has been really useful because it is tempting to concentrate on the analytical side and displaying the data functionally without paying as much attention to the more visual and creative sides of tableau. This area however is still really important of course for vizzes from a practical standpoint and Im glad we have been able to put some serious time into it. 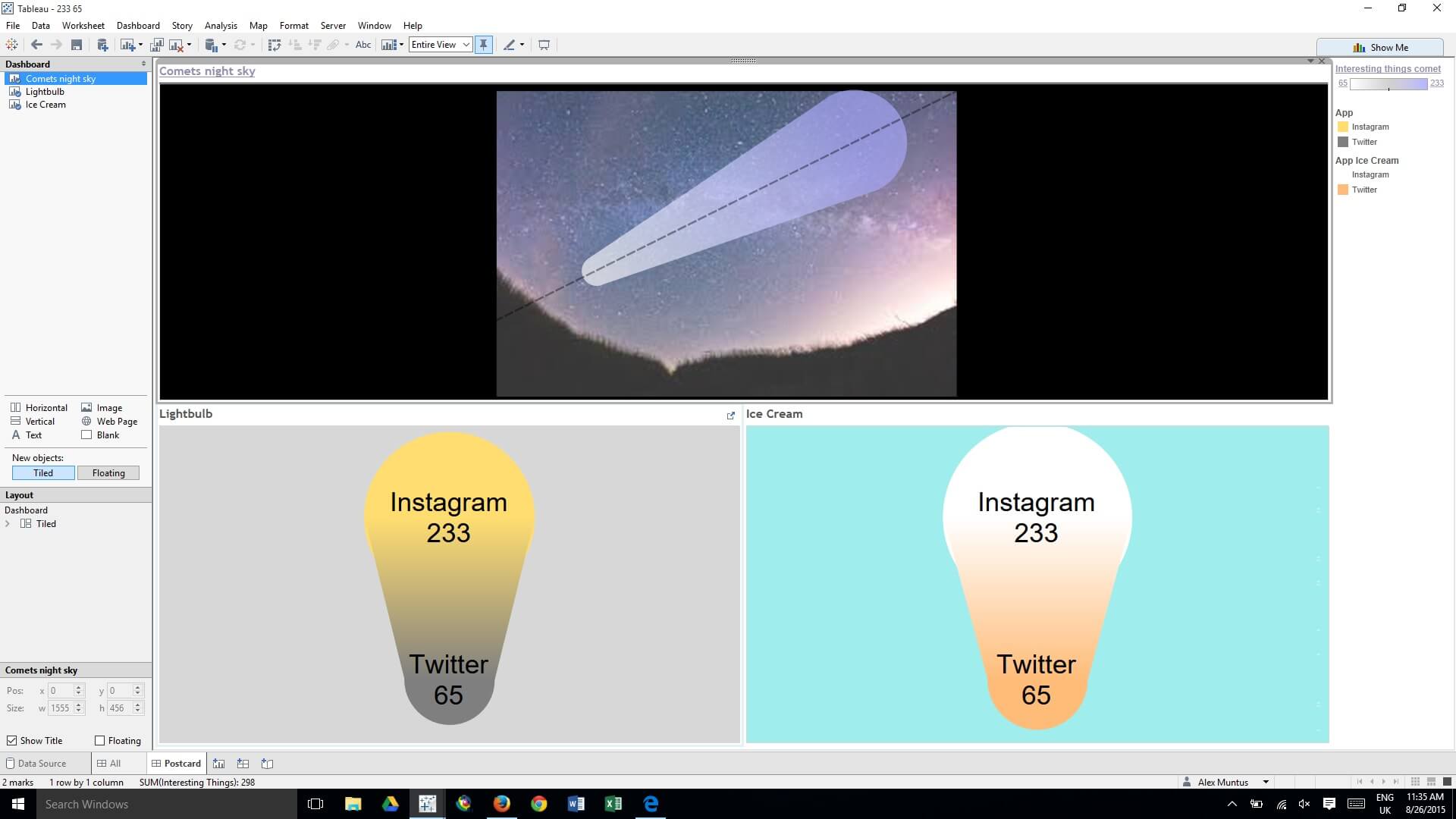