Today is the first day of Dashboard Week, I know this week is going to be a bit stressful but I also think I will learn a lot!

Our task for today was to analyze data containing historical greenhouse gas emissions across countries. As always because I am so indecisive I spent too much time trying to decide the focus of my analysis and what I wanted to achieve.

I decided I wanted to include the Region in the analysis so I downloaded a dataset from Kaggle containing each country and its Region.

I cleaned the data in Alteryx and join the two sheets from the main dataset that I was going to work with and, the extra table with the Regions.

After renaming fields, changing data types and joining  my tables I output the final dataset.

Andy wanted us to create an informative dashboard so in Tableau I created a lot of charts in order to find interesting insights.

I thought a Pareto should be in my final dashboard because the idea that a small proportion of the countries in the world hold more more than 80% of the total emissions is something worth showing in the dashboard. I also noticed that among the 4 gases, CO2 was the one with the highest increase between 1990 and 2014.

Tthen I decided to do the analysis by Region and by Sector, and I produced these two graphs:

In the dataset there was also information about the GDP and population for each country. I created two calculated fields: GDP/Capita and CO2 emissions/Capita.

Filtering to 2014, the last year in the data, I created a scatterplot comparing the GDP/Capita and CO2/Capita for each country, and it seems there is a positive correlation.

Finally, because I wanted to have another chart using the calculated fields mentioned above, I added a simple bar chart for the top 10 countries with the highgest CO2/capita.

This is the final dashboard.

Link to the dataset: https://oasishub.co/dataset/global-cait-emission-projections 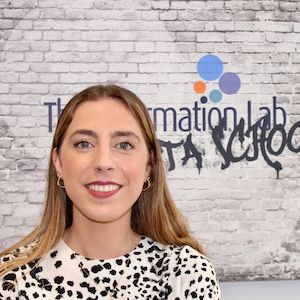