Day 2 at the Data School, it was time for a #MakeoverMonday.  Ed Hawkins‘ visualisation of average global temperatures was our first chance to remake a viz and put our new Tableau knowledge to the test.

My thoughts on the original viz:

I decided to keep it fairly simple and chose a scatter plot of the temperatures on a monthly basis shown for each year. This is not immediately clear in the static image, as you need to hover over each data point to see this.

The element of interactivity keeps the visualisation quite clean and allows the user to explore the data on their own.

Being time series data a line chart would be the most logical choice. But I personally found the scatter plot more visually satisfying. Especially with the addition of the blue to orange on the colour pallet, which highlights the average temperatures that were above and below zero.

Originally I had included a trend line in the viz. But I remembered a quote from one of Andy Kriebel’s presentations along the lines of – a data visualisation is finished when you can no longer take elements away, without changing the story. As the data had an obvious upward trend the line seemed pretty defunct. So I ended up with this:

Click the image and head to Tableau Public to interact with the data in full.

Got any feedback? I’d love to hear from you. Leave a comment or catch me on Twitter @ajmnoble. 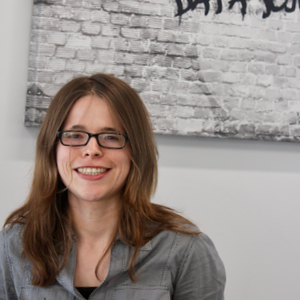