#VizLikeAnArtist - Small Multiples - How do we get to work?

A new day, a new dataset, this time on the ways we travel to work using UK Census data for England only. For this viz I decided to go for a poster-like look using small multiple maps.  The map is showing the percent of people who take each mode of transport to work within each ward. This was calculated in alteryx (after some frustrated attempts on tableau) relatively easily:

First, the census travel data was joined to UK ward mapping polygons from http://www.tableaumapping.bi. Then a summarize tool was used (forgot how powerful and useful this tool is!) to find the sum of people who use each mode of transport at the ward level. A simple formula (seen in the workflow) was then used to find the percentage of people who use every transport mode for every ward. This was then outputted into a csv and is ready for map creation in Tableau.

Travel mode percentages were then placed on colour on separate sheets and arranged on a dashboard. I decided to not default the map colour percentage to 100% so we can really see the difference between the wards so each map has it’s own axis so viewers are aware. For example, the maximum percentage of people who cycle to work from a single ward was 39%. Originally I wanted each map to have a percentage filter to allow the viewer greater control over the viz and single out wards of interest based on the percentages. However, this process was incredibly slow as presumably each polygon for every ward is being redrawn with (several) filters!

As can be seen, the vast majority of people (except for notably London) drive to work. Bus use seems to be greatest in large cities and London’s extensive tube and rail network is evident in it’s popularity. Cycling is surprisingly low, the two darkest spots are Oxford and Cambridge (I checked!) though it was heartening to see how many walk to work.  I was surprised to see how many people work from home, it would be interesting to have more data on this and drill down into this further! 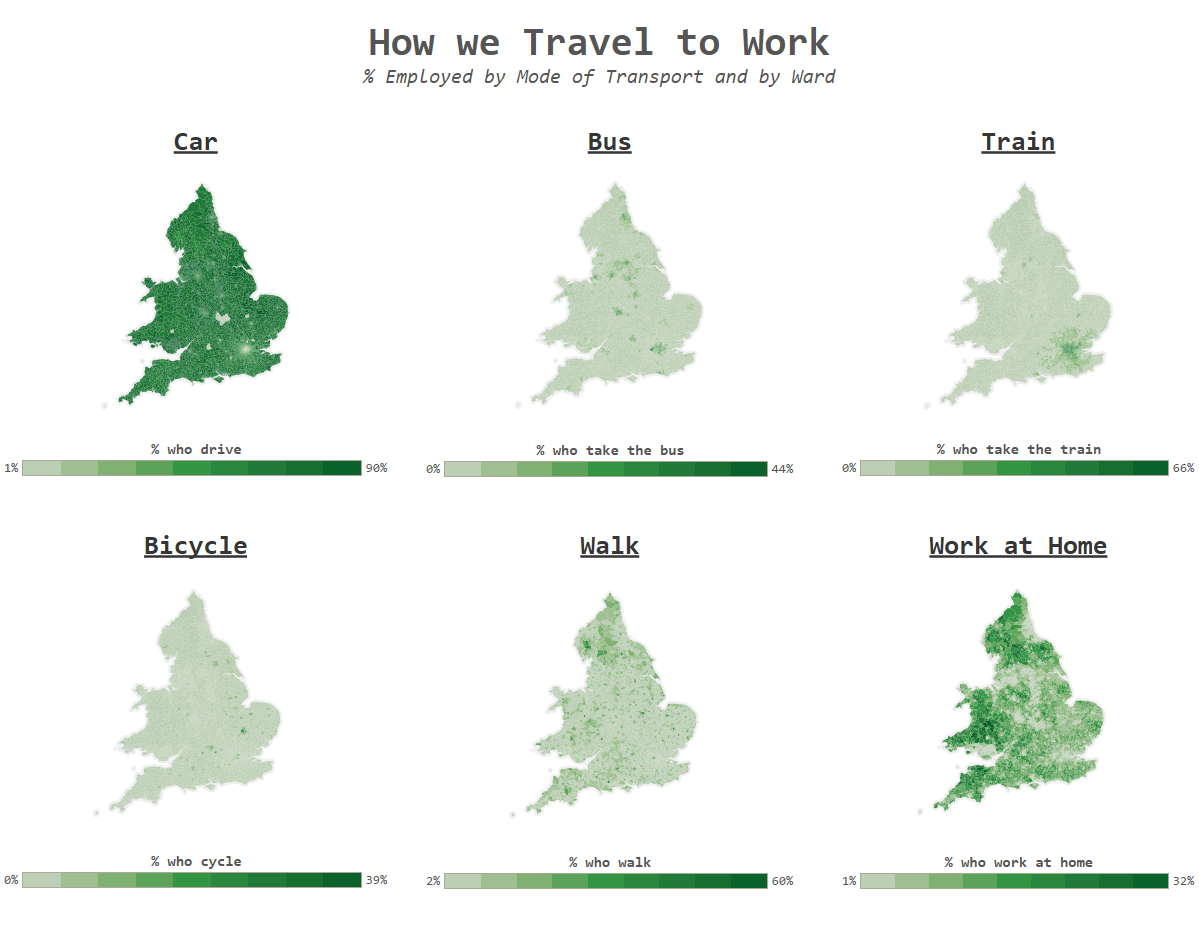 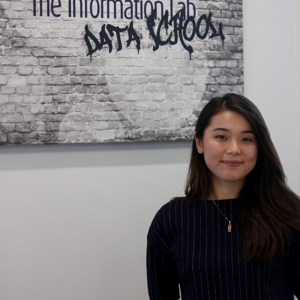 #TipWeek: How to Colour Tabs in Tableau

#TipWeek: Tableau Server Tip - Run tabadmin and tabcmd from anywhere on your computer