This week’s Makeover Monday looked at disparities in representation of men vs. women across US corporations.

Here is the original: 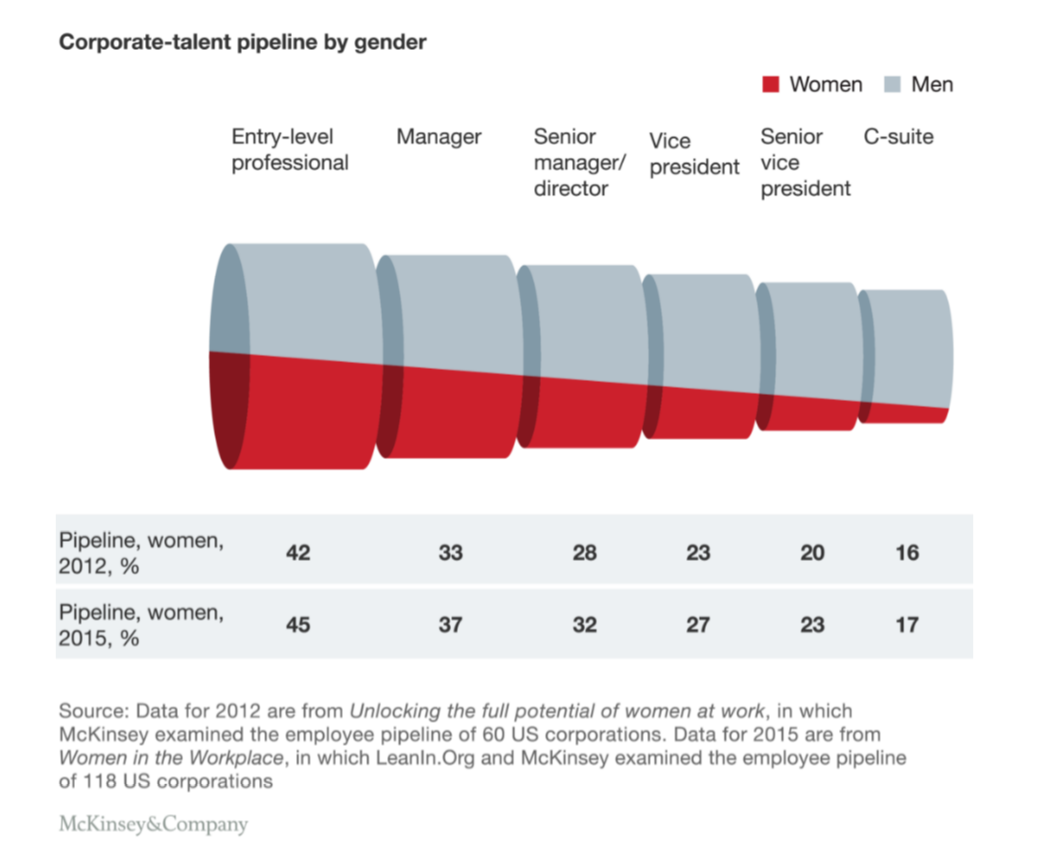 Here are some issues I identified with the above chart:

My Reviz:
While the gender gap closes slightly from 2012 to 2015, I didn’t feel the 3 year change was substantial enough to tell a compelling story.

The headline story for me was the increasing gender gap with increasing levels of seniority. Therefore, I chose to emphasize this in my reviz, by narrowing down the data to a single year (the most recent) and conveying the increasing gap in the most intuitive visual form. 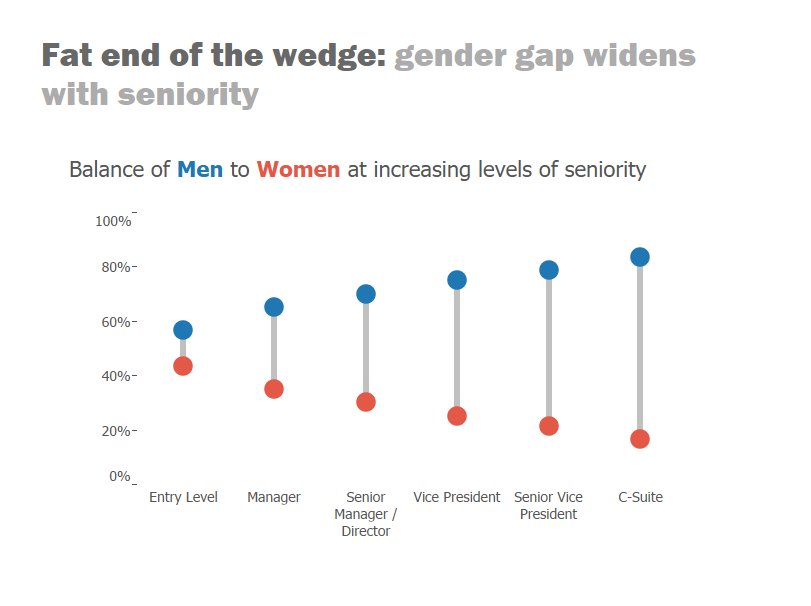 The result demonstrates a consistently widening gap across levels of seniority, resembling a wedge.

I chose to represent differences in representation between men and women as a barbell plot. I thought this emphasized the gap well, and was true to the discrete nature of the x-axis.

Generally, I try to avoid using figure legends where I can, as I feel referring back and forth between legends and chart areas breaks up the reader’s flow.

Here, I have chosen to colour-code men and women in the chart title. This title now acts as the key, but fits nicely in the flow of the narrative (people generally read from top to bottom, and from left to right).

Finally, to further emphasize the wedge shape inherent in the data, I have removed all grid & axis lines – simplifying the chart to the data per se. 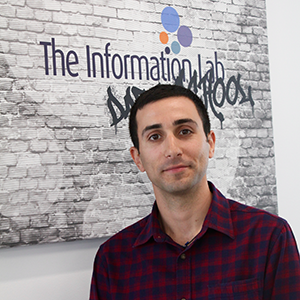