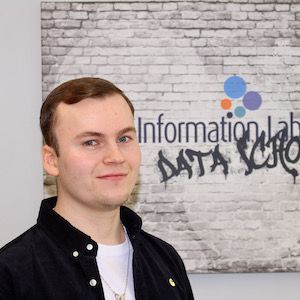 Having graduated with a BA Hons in History, Harry had the analytical and interpersonal skills, but was unsure about exactly how he wanted to harness these skills professionally. It was not until The Information Lab and Tableau was suggested that it became clear to him. It was the perfect crossroad between analytics and design which was already a keen interest of his, having self-taught himself Photoshop as a teenager.

Having watched Andy’s speech at Exasol about what makes a great analyst, Harry was determined to work for such a company that produced exactly those. He soon got involved with data projects within the wider Tableau community such as Makeover Monday and Sports Viz Sunday.

Outside of work, Harry enjoys watching Premier League football (though sometimes unenjoyable being an Arsenal fan) and has picked up a new hobby since the pandemic- cycling.