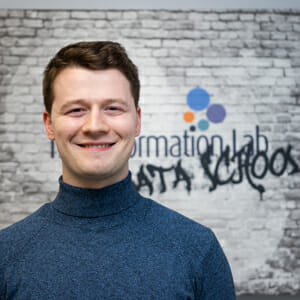 James graduated from International Relations at the University of Nottingham in 2016. After his graduation he ended up in challenging sales roles with an aim to improve his interpersonal and business skills.

After some time in sales, he realised that it did not provide him with the kind of challenge he was looking for. With his background in International Relations and the rise of fake news coverage in the media, he realised the importance of making data understandable.

Hence, he decided to pursue self-study in data analytics and visualization with an aim to study a masters. During these studies he came across The Data School and realised that it offered a more interesting path into data visualisation than the traditional masters degree route.

Though James did not have an academic background in data, The Data School provided an opportunity for him to successfully prove his skills and potential through the application. He is now part of DS14.

In his spare time James likes to run, cook, and create music.