One solution, at least for analytic apps in Alteryx, is to use chained apps. Chaining apps allows you to link apps together so that one app is run immediately after the other. Here’s how I used chained apps to dynamically update my drop down interface tools according to the field names of any newly inputted dataset.

Originally, I was working on an app that calculated the moving average over a range of values. The beginning of the workflow looked something like this: 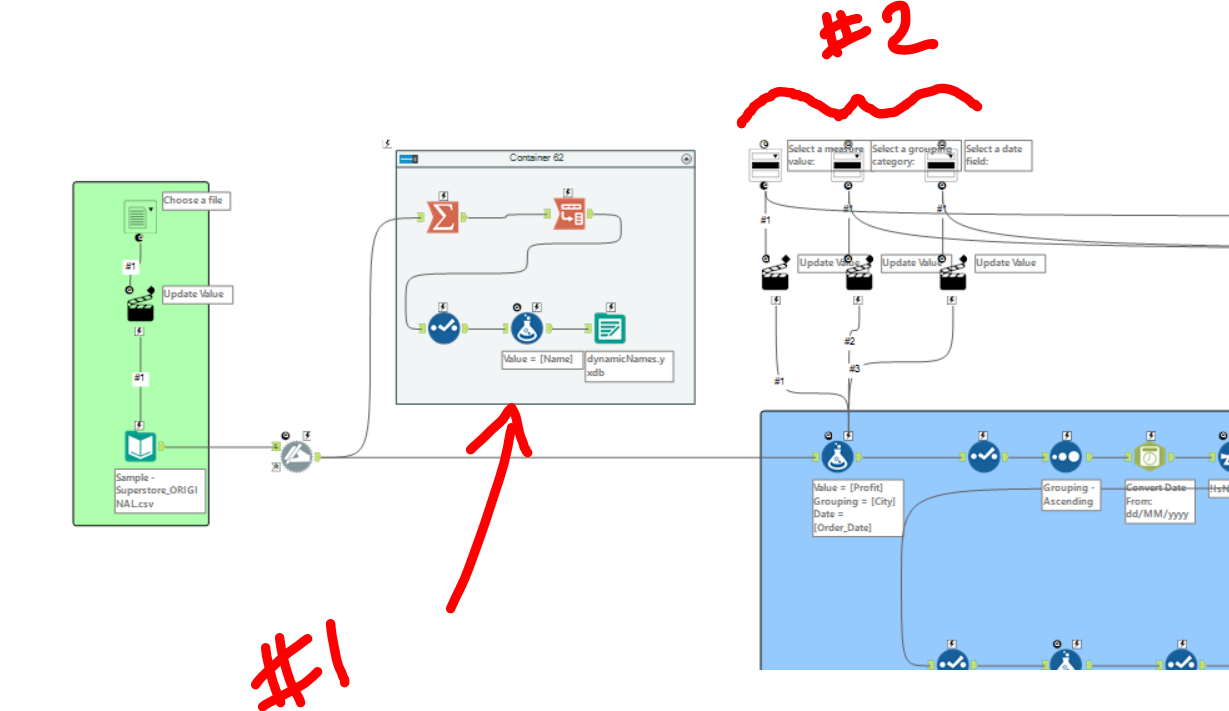 The solution was to separate this workflow into two apps and chain them together. The first app exported the field names of the input file, like so:

The second app, which contained the data processing workflow, would then read this external file into the drop down tools using the “External Source” option from the List Values argument.

By doing this, the new field names were accessible to the second app before it had run.

To link the apps, go to the interface designer for the input tool of the first app, and navigate to the properties pane. Here, there is an option “On Success – Run Another Analytic App”, where you can browse to the location of your second app, which will be triggered immediately after the first. Another box you might consider unselecting is the “On Success – Show Results To User” option, because we’re not really interested in viewing the output files from the first app before our second app is run.

That’s about it! You now have dynamically updated drop down interface tools in your Alteryx apps.