To start my morning off I spent half an hour going over the data and pulling out different ideas I thought would be interesting, finally landing on my original idea looking into the highest paying jobs in the design industry. Having a background in design, I found this subject interesting as there are so many routes to go down when starting a career in design knowing what to expect salary and job satisfaction wise was crucial.

I began by taking the data set into Alteryx and removing unwanted fields and giving the ‘Job Satisfaction’ fields a rating from 1 to 5. Next, I split out the different skills used in each field to later filter down by most useful skills etc.

I had attempted to identify and categorize individual job roles and skills but that caused too many issues along with drastically ballooning out the data set, so I have decided to go back to an info-graphic style dashboard and build out some basic analysis, due to time restraints.

Focusing in on salaries in the Design industry, I built a drill down that allowed you to see how much experience in the field employees had in regard to how much money they earned. On average around 10 years of experience began to see a considerable rise in salary.

Using the zip codes in the data I built a map and gave the marks a size rating based on 1-7 of the 7 salary types in the data set, the largest being 200k+. I then made this filterable depending on what salary field you select from above.

To use the Satisfaction ratings I built out in Alteryx earlier this morning I included a section in my dashboard focusing purely on Job satisfaction listing the amount of votes for each answer, and then filtering down the highest rating Fields in the industry.

To keep the dashboard simple I relied mainly on dashboard actions to round out my analysis, using dynamic fields showing selected salary, Avg Age for each salary and then the most common weekly hours spent earning each.

Over all I am not happy with my first dashboard this week, I feel there were many other aspects to look into with this data but due to time restraints I re-scoped and the results did not show great analysis. Hopefully tomorrow’s challenge won’t be due to my own mistakes. 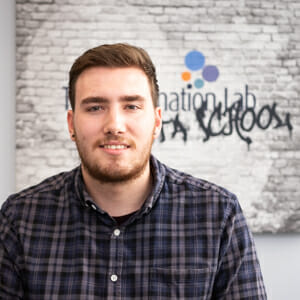