Todays dashboard week task introduced us Power BI, looking at the long-term productivity data base we had to create a KPI dashboard in both Power BI and Tableau. I am sure that if I spend the same amount of time working with Power BI as I have with Tableau I would be far more comfortable but on first impressions Power BI to me seems a bit like taking a bus and Tableau a car. With a bus you sort of get where you wanted to go but a car is usually quicker and more comfortable. The biggest annoyance for me was trying to do small simple things that seemed very intuitive in Tableau but weren’t so simple in Power BI.

At the start of the day we had been promised that the data prep for today was not nearly as long winded as yesterday. The data source was easy to find and formatting the data took a matter of minutes. This has been the most open dashboard so far with 6 different measures, 22 countries dating all the way back to 1890. With so much choice focusing on a specific insight or part of the data set was a lot more important than the previous days. There is no way to visualise all of the data well in such a short time frame.

I had sort of an idea in my head about finding some sort of difference in a few of the measures during WWI, WWII and the current years. This is where I maybe could have saved myself some time in properly planning out a dashboard rather than diving into tableau creating things. I did eventually decide on equipment age as when a war is on countries priorities may drastically change and upgrading equipment might be pushed back or maybe upgrading equipment became the most important to get that country the competitive edge. My second measure to look at was workforce efficiency. I chose this because sending a large portion of your workforce off to war and having the rest get bombed has got to impact how productive a workforce is.

Today I really tried to make a viz that was really visually pleasing but expressed the impacts of the war as clearly as possible, I am really pleased with the result but struggled to think of any truly meaningful KPIs. With my Power BI I attempted to replicate what I was looking at in Tableau some what successfully. There are definitely some really nice things about Power BI. The ease of moving things around the dashboard it really nice and how clean the KPIs look. The struggle for me was once I had an idea of how I wanted my charts to look like I found it difficult to execute this idea. With more experience I would hope that this wouldn’t be as much of an issue. 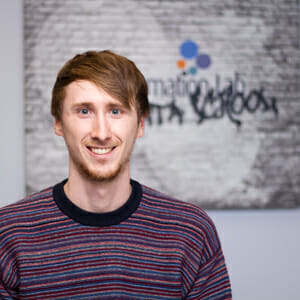 In TrainingLondon, UK
Being a project manager for a week