Running total is adding each column to the total of all the preceding columns (to the left). So in this example, the running sum of sales for office supplies = sum(sales) for furniture + sum(sales) for office supplies.  The RT of technology equals the total for all three categories. The values you get back for each category depend on the sort order and how the table calculation is computed.

The calculated field behind running total uses the RUNNING_SUM function. If there are null values in your table, this is not an issue with this function as it just ignores them and continues the running total at the next non-null value. You could edit this calculation by putting an if statement within the brackets:

or you could have a percent of total sales within the brackets (a secondary table calculation):

Difference is a bit more interesting as it contains ZN and LOOKUP in the calculation. The ZN stands for Zero Null and turns Null values into Zero. If you did not have the ZNs in the calculation then the difference would be calculated as null if either the current or previous value are null. This may be something that you need to play with inside the calculation, depending on what null means within your data.

LOOKUP is not to be confused with how the lookup functions work in excel.  LOOKUP in Tableau looks at a relative position in the table, eg. the previous row: LOOKUP(Sum([Sales]),-1)  or   two rows ahead:  LOOKUP(SUM([Sales]),2).

ABS() turns a number into an absolute value. This means that the output number is positive whether the input number is positive or negative. This is required when calculated the percentage difference between negative values. Dividing a negative by a negative will give a positive which will be not show the correct percentage difference. In the chart below I have compared the results you would get when running the calculation with or without the ABS function included: 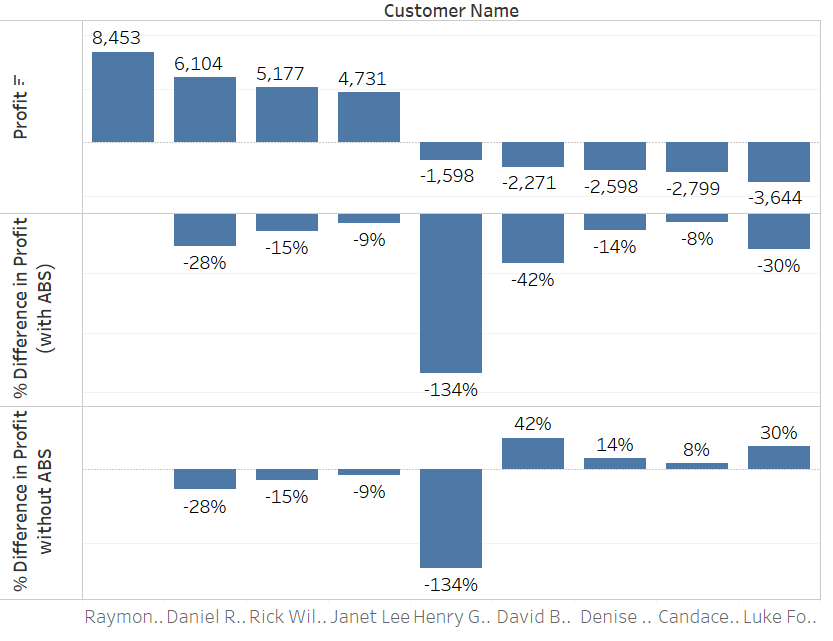 Percent of total can be computed to calculate across rows, columns, panes, the whole table or specific dimensions.

The TOTAL function totals all the values in a row, column, cell, table or specific dimension.

When you add moving average as a quick calculation, the default is to take the average of the current value and the two previous values in the row (or however the table calculation is computed).

The default quick table calculation is as follows: 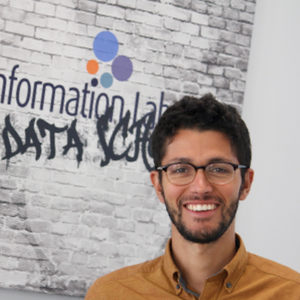