This challenge (2021: Week 7) asks to look at some common supermarket products and figure out whether or not they are vegan.

The steps involved are the following:

Below are my solutions in Alteryx...

The outputs are reported below:

● The first part of the challenge (Prepare the keyword data) was straightforward in both Alteryx and Tableau. The steps involved (mostly pivoting and cleaning) were more or less identical and I did not find any major challenge.

The only thing that slowed me down at the beginning was having truncated characters in the column 'Ingredients/Allergens' in the Input tool in Alteryx, which made me waste some time to check that every other tool was working properly (a problem I did not face in Prep).

● The problems started afterwards, in Prep, when I had to create "dummy variables" in both flows in order to append (join) the tables (see image below). To do that, I followed the steps explained in this super useful video by Jenny Martin. This step was way easier in Alteryx thanks to the Append Fields tool.

● Then, in preparing a final shopping list of vegan and non-vegan products, I ran into the biggest problem of the challenge: the calculation to concatenate the keywords into a single field. I tried with a simple calculation, but it was not working, so - for this step -I decided to look at the solution:

In Alteryx, the step above only required a Cross-tab tool:

Overall, I think Alteryx was considerably easier to use for this challenge: the configuration of the tools involved was more intuitive than the steps and calculations I had to do in Tableau Prep.

[Photo by Edgar Castrejon on Unsplash] 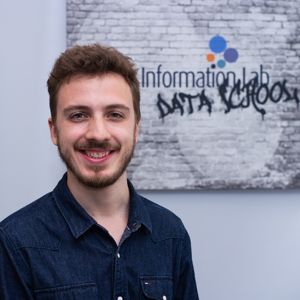