When first starting Tableau it’s usually the case Groups and Sets get mixed up in people’s heads. This is totally normal as they are so similar. They both combine the units you’ve selected and create a new set or group with the data. There are differences between the two that I will try to sum up.

–        The most significant difference is that sets are dynamic while groups are not. When your data changes the set will update with it while this is not an option with groups.

–        Sets offer greater flexibility as you can link them to a condition. An example below will show conditioning.

–        Sets appear in a separate window below your Measures and subsequently are easier to locate and don’t create clutter.

In Tableau, there is always more than 2 ways to do anything and it’s no different with Sets and Groups. Sets can be created by right clicking on the Dimension in the window choose Create Set. Another way to create a set is by selecting from the view and right clicking, then Create Set. Both are the same and will lead you to the window asking you to name the set and specify a condition. I’m using for the first set in the example the condition of Profit less than 0. This set will appear below the Measures Cart and can be used as any other field. 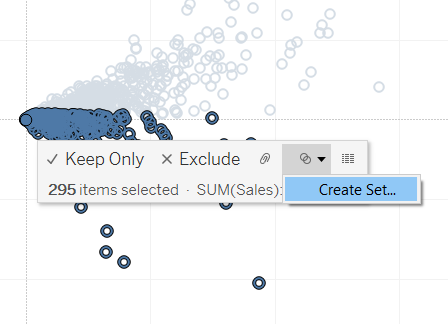 As sets can be combined let’s create a second set to combine with the first. The condition is Discount over 30%. After the second set is created I’ll create a Combined Set my right clicking one of them and selecting that option. A different window appears asking to specify what sets to join and how to display the results (full, left or right join or members only belonging in both groups). I’m picking only members in both groups and the combined set is created. 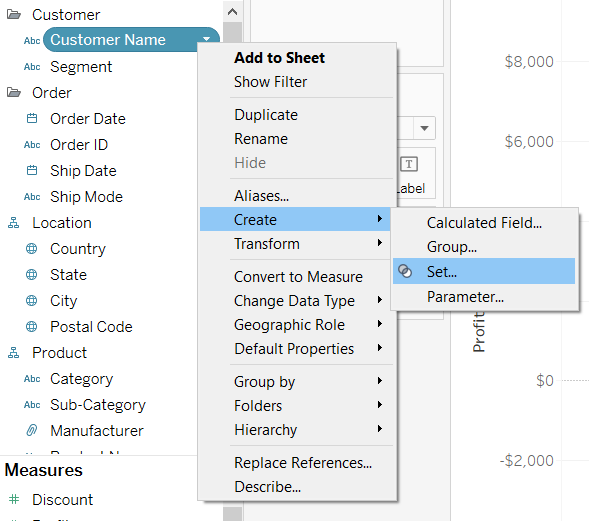 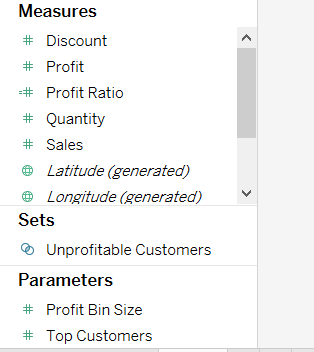 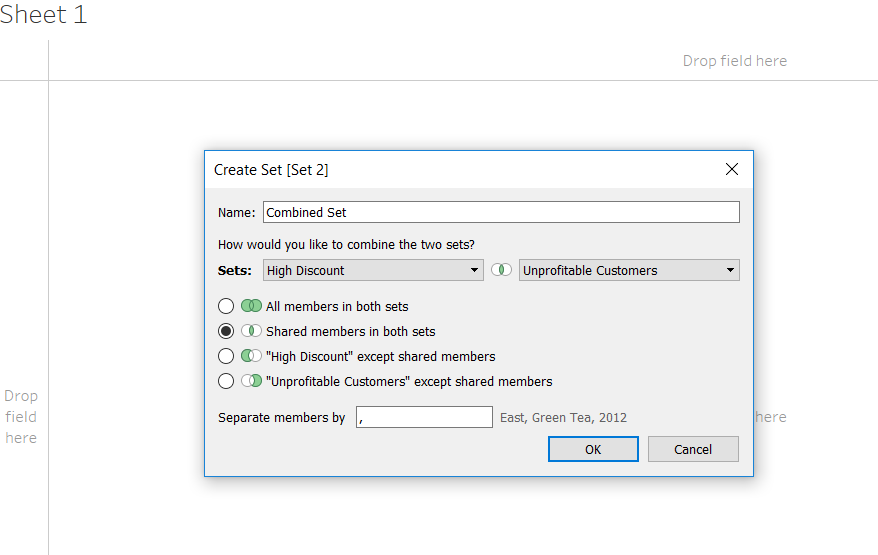 Sets are more complex but offer greater flexibility. However, many times a group will do the job if the flexibility offered by the set is not really necessary for what you are doing.

A great advantage of sets is that the data within can be exported very easily and used from the business. Groups do not offer this advantage. A set containing data of profitable customers can come in handy to the company’s marketing and sales departments.

In closing, these are a few useful information regarding groups and sets that are helpful in distinguishing between them and explain when and how they are used. I hope this was useful to readers for creating groups and sets in the future.