Does Home Court Advantage Exist In the Olympics?

With a dataset of just number of Olympic medals, host country and year, we were asked to visualize something. Or rather anything. My first instinct was … where’s the rest of the data? But since the exercise was to visualize based on what we had, it was a great opportunity to work within our constraints and exercise a bit more creativity.

So eventually I got to thinking about the question– does a home court advantage exist in the Olympics? Patriotism is a big part of why we become so absorbed in the games so that got me wondering if competing on home soil increased the average % of medals won.

Start by selecting a country in the map where the left bar chart will update with the % of medals won by the selected country that year. The yellow bar indicates which year the selected country was a host city. I’ve also added a parameter to adjust the years so the average % of medals won will adjust so we can compare figures against averages within that timeframe, instead of having averages skewed by games into the future.

Overall, I’m rather happy with this viz but I think its better executed as a explanatory viz. When I find some time, I’ll redo this to strip away the parameters and map and use a bullet chart to illustrate % won while host country and % average won over time up to that year. 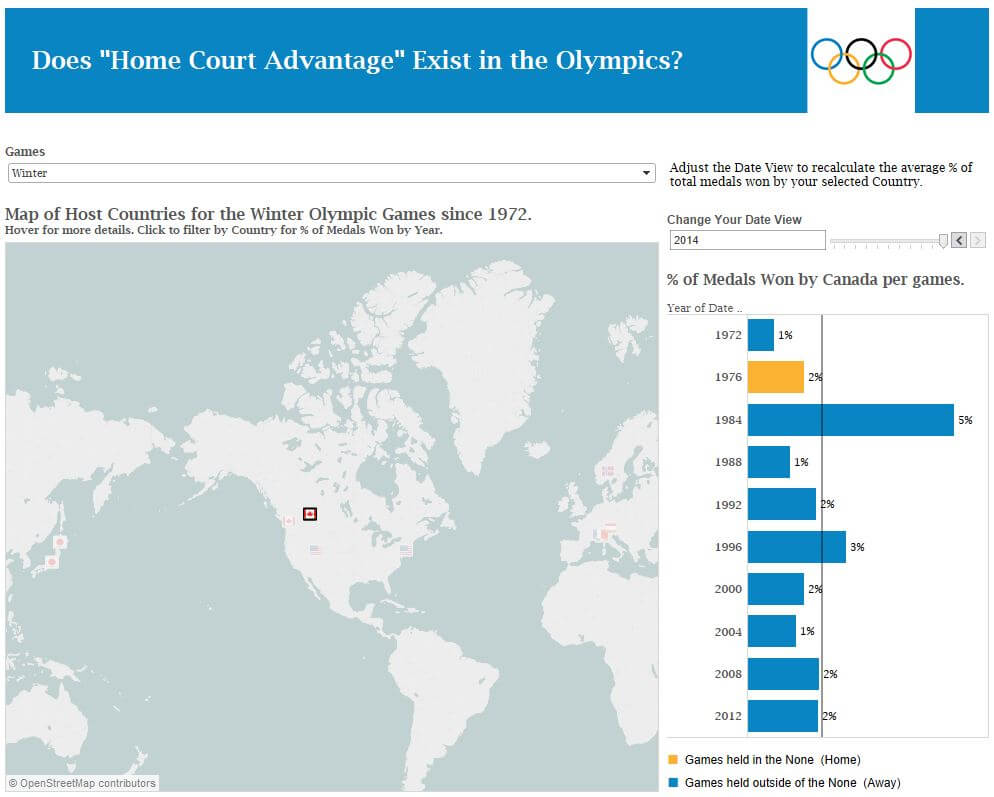 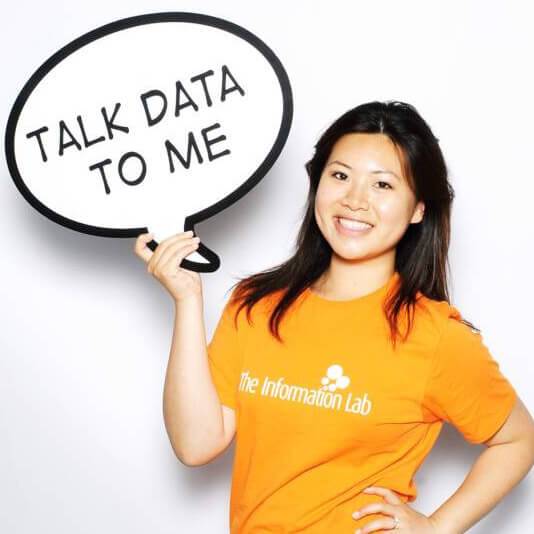