Today after a day of Data Viz 101 with Coach Andy, we were tasked with applying what we learnt to this week's Makeover Monday dataset. This week's dataset is all about the fouls called by NBA referees over both the regular season and playoffs.

The field names in the dataset included:

This is what the original visualisation looked like, by Owen Phillips:

What could be improved:

Honestly, although I've given 3 good points and 5 bad points I think it's a pretty good viz, overall. I'm tempted to say "if it ain't broke then don't fix it" but let's push myself and try and come up with something different.

After loading up the dataset to Tableau I immediately plotted the referees against the number of games they have officiated. This was to find the most experienced referee(s). This turned out to be Scott Foster who had almost 300 games, over 20 years(!), of experience officiating in the NBA. After doing a bit of Googling on this guy, I found out he was voted as NBA's (subjectively) official in the NBA in a 2016 survey by the LA times!

During Data Viz 101 we were taught to ask the data 6 simple questions (in this order specifically):

In this case, I landed on number 5. The questions I wanted to answer was:

How many fouls per game does Scott Foster call?

Perhaps this might give me at least some indication as to why he isn't liked.

I did this by making a scatterplot of fouls per game vs number of games officiated.

Lo and behold, my final visualisation:

As you can see, Mr Foster is up there in the top right showing that he makes the most fouls called per game and the most experienced official. But... there was a point on the scatterplot which interested me. Dan Crawford. Even though he had a comparable number of fouls per game, he was voted as the best official.

Interesting stuff. The takeaway point from this is that there are many factors into what makes a 'good' referee which is as expected, I suppose.

If I had more time, I would have added parameters which would allow you to browse for a certain referee and season. I would have also displayed the types of fouls given when you select a referee. However, I wanted to not spend too much time on this overall as I know that time management is a crucial skill at The Data School and a skill that I need to brush up on.

One limitation of this dataset is that Dan Crawford retired in August 2017. This is why he has less games compared to Scott Foster. Another limitation is that although Scott Foster was voted the worst referee, he might actually be a good one objectively but the players just dislike him which affected their vote. Vice versa with Dan Crawford.

In any case, if you'd like to check out my viz then click this link. I hope you learnt more about my thought process into creating this.

Stay tuned to see my week 1 at the DS blog! It'll be weird since this blog post was meant to be my second and not my first but it is what it is :) 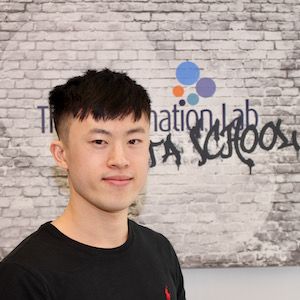 Modulo: How to increment a number every n rows (Alteryx)