Tableau Server: Why Can’t I Give a User Permissions for My Workbook?

Sometimes you’ll want to give a user greater permissions on a Tableau Server workbook than they previously had. Most of the time, you can do this by going to the workbook in the Server, clicking on Permissions, adding a user or group role and changing the roles accordingly.

However, this doesn’t always work. You might change the permissions of a Viewer to an Interactor, but find they can’t actually interact with the workbook on Tableau Server. What’s gone wrong?

It’s probably caused by the permissions you gave the user when setting them up on Tableau Server. When you add a new user, Tableau Server prompts you to enter their site role. This role is always the limit of what they can do on Tableau Server: in other words, if you give them a default role as Viewer, Interactor permissions will never work for that user.

You’ll need to remove the user from Tableau Server and add them again to give them a higher permission level. In general, when adding a user, give them the highest permission level that they will ever need. If they might need to interact with workbooks in the future, don’t give them a default role below Interactor. 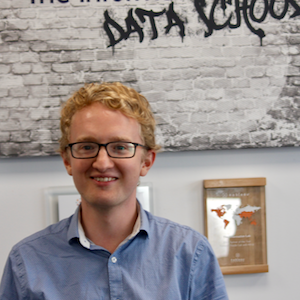 In TrainingLondon, UK
My Reflective Blog, or 5 Things I Loved About Data School

Dashboard Week Day 2: What Have I Learned?

Dashboard Week Day 1: What Did I Learn?