How to customise your visualisation using specific font types

Day 3 of dashboard week involved using data from an API which had all sorts of information about the characters involved in each of the episodes in between season 1 and season 3 of Rick and Morty. I wanted the dashboard to be a bit more Rick and Morty themed. So I opted to use a font which would fit that. Tableau’s normal fonts weren’t going to do the trick. However there are fonts which can be obtained online from sites such as Google fonts, and chosen well, can really help enhance the look of your visualisation. So this blog will show you how you can use downloaded fonts in your vizzes.

Once you found a font you like and it has the option to be downloaded, go ahead and download it. You might have to unzip the file, once that’s done the file format should be ttf indicated by the arrow below.

Right click on one of the fonts and select Install. At this point you can open up Tableau (or re open Tableau if you had it open before you installed the font) and you should be able to change the font to your newly installed one, in this case my font was called ‘Rick and Morty’: 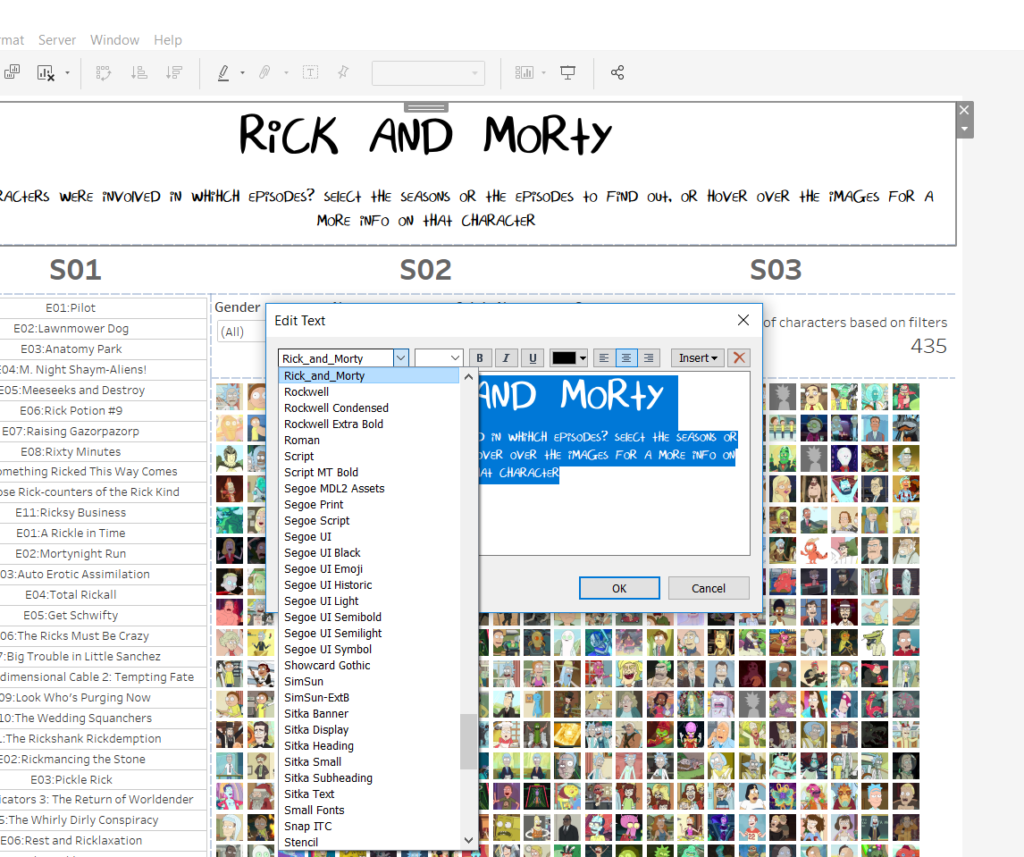 This is a handy tip if you want to really theme your visualisations. Let me know if this has helped you or you have anything to say by contacting me on my twitter: @Jevon_DaCosta or on my Linkedin.

*Update: Unfortunately Tableau Public will not save your font type, it will probably resort to New Times Roman or something. However it is recommended that you set the title as an image. That way it will not change. 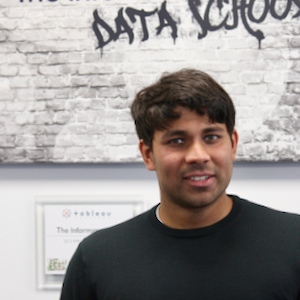 Building a visualisation based on data densification

An approach to dealing with API's using Alteryx