An Introduction to Converting SQL Code to Alteryx &Tableau Prep

This guide will serve as an introduction to taking a chunk of SQL code, or a Stored Procedure, and recreating the logic and analysis within an Alteryx or Tableau Prep Workflow. It will not be a deep-dive into learning SQL or SQL logic, but will provide a good foundation for how to tackle this kind of challenge.

A basic SQL statement is built uaing of an ordered subset of the following key words:

Most SQL statements will not include all of these, and there are a few other key words but understanding this subset should cover you in 95% of situations.

Despite SQL statements requiring a strict ordering of the above key words, they aren’t actually processed in this order. This is a big reason why it can be confusing to start trying to translate this into data prep software like Alteryx and Tableau Prep.

Here is how you can re-order the statements to fit the actual order of logic in a way that fits with other software.

The FROM clause defines the first input to be used in the process.

The JOIN clause defines any additional data sources required in order to produce either the fields defined in the SELECT statement or the number of rows in the output. In SQL, you will usually come across one of 5 join types:

Join conditions are defined by the ‘ON’ keyword. In Tableau Prep and SQL it is possible to use conditional joins, e.g. joining on FieldX > FieldY. However, in Alteryx you can only create ‘equals’ joins. In order to replicate these joins you will may need to first join (if there are other non-conditional join clauses) or append the data from Table02 onto Table01 and then filter based on the join condition, e.g. FieldX > FieldY

Removes all rows after the FROM & JOIN that do not fulfil the WHERE condition.

In Alteryx: The Filter Tool.
In Tableau Prep: Any of the filtering methods.

4. SELECT (everything apart from TOP)

The SELECT clause defines the fields that will be in the final output. This can include pre-existing fields from any of the tables defined in the FROM and JOIN clauses, but may also include calculations to create new fields as well as aggregation functions (COUNT, MAX, MIN, SUM, AVG).

The TOP keyword defines a number or percentage or rows to return. This keyword gets applied after nearly all other steps as the order of the results is important.

The AS keyword may get used during this clause for one of three purposes:

The HAVING clause acts as a filter after the aggregation has been performed, e.g. HAVING SUM( Sales ) > 500. This differs from the WHERE clause which filters at the row level before the aggregation.

ORDER BY defines which fields and order to sorts the results after all previous clauses have been completed.

In Alteryx: the Sort tool.
In Tableau Prep: as of 2020.1.4 (29/04/2020) Tableau Prep cannot sort the output. This is because Prep’s primary purpose is to prepare data for Tableau Desktop in which the order of rows is not important.

In Alteryx: The Sample tool or the Select Records tool.
In Tableau Prep: Very difficult to near impossible to achieve.

The INTO clause defines the table that is going to contain the data selected and prepared by all the previous clauses, either for analysis or to use within other SQL blocks. For complex SQL procedures, the INTO clause can be used to break up the procedure into granular manageable chunks.

Bringing it all together

The guidance above should help guide you when learning how to convert SQL to Alteryx or Tableau Prep, and possible vice versa too! The galleries below show how an SQL statement would look when written in Alteryx and Tableau Prep, as well as their relevant outputs to show that all three accomplish the same task.

Below you can see a single process but written in SQL, Alteryx, and Tableau Prep.

And here you can see the outputs of all three to prove they all accomplish the same task. 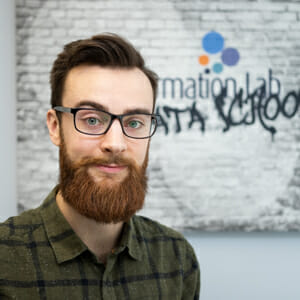 In TrainingLondon, UK
Dashboard Week Day 2: The Perilous Life of Being an Avenger