For the fifth and final day of dashboard week we get to lose ourselves in data about Boy Bands!!

The data we received involved 2 .csv files; one named Bands and the other called Boys.

Band features 55 bands who had at least one song which charted on the US version of Billboard Hot 100 between 1980 and 2018.

Boys included the Band Name (to join on), DOB and then multiple characteristics of the band member (clothes, accessories, frosted hair!).

I used the workflow below to Join the datasets, Rename and Change some Data Types, Create an Age field to see how old the members were at the time of their hit.

For the creation of my Dashboard, my initial thoughts centred around the most cliched and stereotyped features of a boyband member.

I was drawn to look at Frosted Hair and Accessories particularly.

However, I decided against the Frosted Hair as it didn't seem as prevalent as I had thought.

The top section of my dashboard contains some big summary numbers as well as an introduction to the subject we're looking at. These were fairly simple to calculate. I counted the distinct number of bands (55), counted the number of rows to give me the number of band members and created an LOD to calculate the Average age of a band member across the whole dataset ({AVG(Age)}) As we had data for the dates when these bands made their biggest billboard hit, I also wanted to see when boybands were at their most popular. Which turns out to be the year 2000!

The middle section of the dashboard was a way for the user to explore the details of a specific band. You can use this BIO section to search for a band, find out a bit about their names and looks and then on the right-hand side it gives you the details of the song (even giving you the option to go and listen to it). I included a filter for the band you wish to look at and gave a breakdown of the band members names and their Age, Hair Style and Eye Colour along with the song details of the hit song.

The bottom section was where my analysis had focused originally, but rather disappointingly the correlation I had hoped to see between the success of a band and their accessories was not strong. However, this section allows the user to explore different accessories via the use of a parameter to see if there was any relationship between the chart success and the look (specific to accessories) of a band. 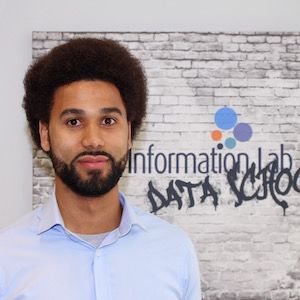 In TrainingLondon, UK
Managing a Data Project: My Experience