Does Year Affect Rating in Board Game Reviews?

Working together with Nick, Our first introduction to Alteryx was processing (and eventually visualising in Tableau) data from BoardGameGeek, to answer the following question – does a game’s release year affect reviews and ratings of products? Our initial thoughts were that this could have gone either way, with newer games potentially benefitting from a hype cycle and thus garnering higher ratings, but older games possibly winning out by accumulating more players (and thus more reviews) over time.

First, however, the pre-processing. One particularly helpful function that we learned that morning was filling in fields using the Multi-Row formula function, which comes in handy when adapting from sites which use merged cells (or occasionally hidden tables) to space out databases in web pages as it makes them easier to read. Bane of web scraping everywhere, this function and some strategic filtering quickly cleared out superfluous cells and allowed us to get into working with the useful data in the set.

It didn’t take us long to get into realising the bulk of pre-processing that the dataset requires errs very close to text based processing, with the uneasy appearance of RegEx functions appearing about 10 minutes after we started. However, they were mostly narrowly avoided with some LEFT and RIGHT functions to split the games’ Release Year from the title bar it originally appeared in.

Thirty or so functions and a few overnight thoughts about null fields and white space later, the data was ready for Tableau. So, does the game release date have any effect on its ranking? We discovered two interesting things which you can see from the dashboard below, and examine at Tableau Public; 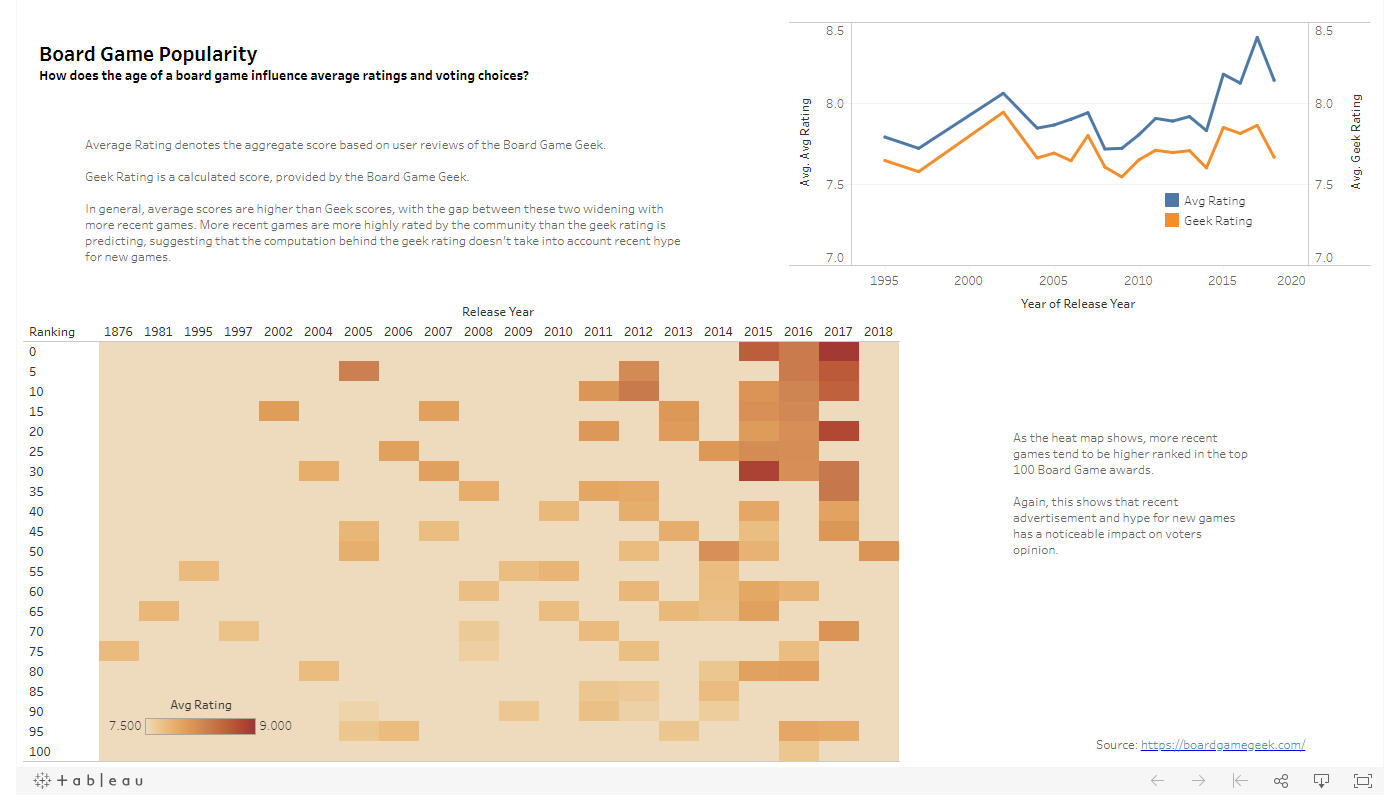 This is then visualised in the heat map which clearly shows the higher ranks and newer games converging in the warmer colours in the top right corner.