This is the one I’d been dreading…

Today we’re tasked with building a Vizualisation in a tool other than Tableau. Andy gave us a list of alternatives to choose from: Power BI, Flourish, Qlikview, Looker and Google Data Studio. To compound our issues, we weren’t allowed to use Alteryx for the Data Prep side of the task. I chose to use Power BI since it’s probably the most commonly used on the list. And for the Prep side, I went with Tableau Prep.

The data-set was Customer Complaints to the FCC in America, which regulates communications from TV, radio, and communications. We weren’t given much to go on, so I decided to go a bit off brief and decided to narrow my scope to look at the complaints reporting Indecency.
My first thought was to see if there was a correlation between the number of complaints and the average church attendance of people in each state. A spurious claim perhaps, but I thought it might be interesting. In order to do this I had to gather data about church attendance from the internet. I also had to get population data to ensure that the comparison between the states was accurate.
Having gathered all of this data, I then joined all the data in Tableau Prep, and filtered to keep the Indecency complaints:

Once I had the data, the real challenge began.

Having downloaded Power BI, I decided it would be best to familiarize myself with the interface, hoping that this would save me time in the long run. This was considerably more difficult than I had anticipated, since Tableau and Power BI are two very different beasts.
It’s not just the interface and syntax that are different, it’s the general attitudes of the software.
Tableau is very much a Business Intelligence tool, giving the user as much control over the process as possible. Power BI on the other hand acts much more like a reporting tool. Tableau gets the user to build each view from the bottom-up, ensuring that every decision is deliberate and tailored exactly to what the user needs. Power BI prefers you to ask it to do the majority of the work, then allowing the user customize it. This was especially frustrating for me as I like to be in total control of the analysis, especially during the exploration stage of the process. Often, when I dragged a field on the screen, I found myself not knowing what Power BI had done with it. It doesn’t help that the customization process is less than simple, which meant the process was considerably slower than I was used to in Tableau.

In the end I stumbled upon a couple of interesting insights, which slightly make up for the overall lack of Visual appeal.

Overall, I’d say this experience has given me a newfound appreciation for Tableau as a tool. I certainly won’t be using Power BI again anytime soon… 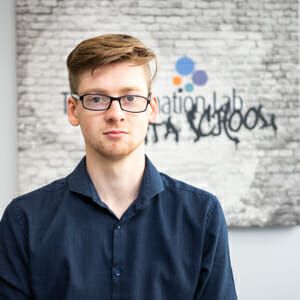 Dashboard Week, Day One: All roads lead to Bar Charts