I definitely spoke too soon when I said it couldn’t get any harder than day 1… Today we were tasked with web scraping a list of UNESCO world heritage sites from Wikipedia and creating a viz in Power BI.

The Wikipedia page that we were web scraping had a table containing the number of cultural, natural, mixed, shared and total heritage sites for each country. Clicking on each country re-directed you to another page with another table with more specific information about the heritage sites within that country which we also had to web-scrape.

My first task was to web-scrape the main countries table. I read a blog written by Robbin Vernooij about Web Scraping which helped me a lot so huge shout out to Robbin for your help! (find the blog here : /robbin-vernooij/web-scraping-html-tables-an-alteryx-workflow-and-r-script-example/ )

This first web scrape took longer than I initially expected but I felt great once I had finished knowing that I had successfully created a table that matched the Wiki table.

Now onto task 2 which was to web scrape the individual country tables. I went into this task confidently as I had just web scraped the first table so how different could the logic be? Turns out it was a lot more complicated and I ended up trying multiple different approaches with varying levels of success.

The reason why I found this so challenging was because the tables for each country were in different formats. They contained different fields and different numbers of fields. Therefore I was trying to build a workflow that was dynamic enough to work for each different format.

This task took me a long time so after a while of trying different things I decided to take what I had and put it into Power BI. I found some additional data online about heritage sites that were in danger so i decided to include this data too.

From the data that I had, I decided to create a dashboard which showed where all the different types of heritage sites were located around the world and how many of these were considered to be in danger by UNESCO.

I had an idea of how I wanted my dashboard to look, but the idea I had was based off of it being built in Tableau rather than Power BI so i found it a challenge to try and replicate what i wanted in the different tool. However there are some pre-built functions of PBI such as filtering that made creating the dashboard more simple.

Overall, Day 3 was a real challenge however I enjoyed developing my web-scraping skills and exploring the functionality of a different tool! 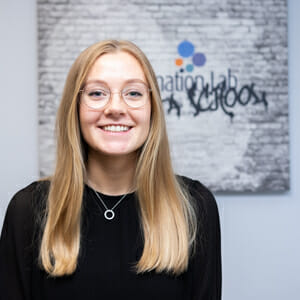