I am currently working on election data from the 2016 London Mayoral election. In this dataset they annoyingly capitalised a proportion of the ward names. In order to alter the capitalisation in a column you can use the Data Cleansing tool. Just drag this to the relevant place in the workflow, select the fields that you would like to change and go all the way down to the last option “Modify Case”. Here you can now select if you would like to capitalise everything, nothing or just the first letter of each word. In my case I set it to Title Case, so that just the first letter of each Ward was capitalised.

This function was also helpful when I was merging 15 sheets from the same workbook. While they looked like they were set up exactly the same way, it turned out that the headers had typos and were sometimes capitalised and sometimes not, which then became an issue when trying to union these based on column headers. Setting them all to lower case sorted out some of these issues. 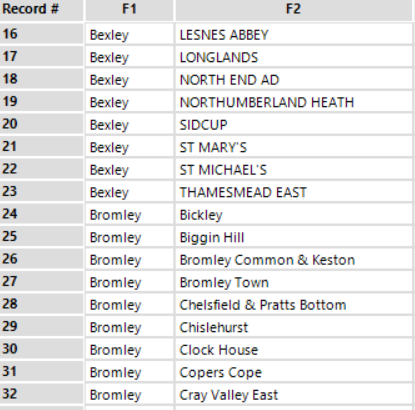 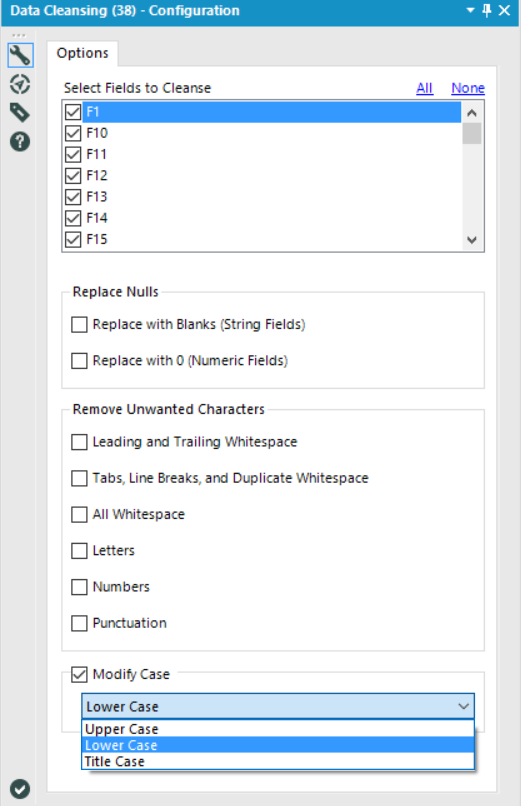