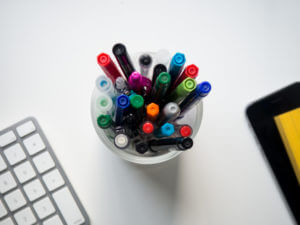 Who I am/Where I come from

I thought I’d start my first blog post with a bit about my background as it is maybe not what you might expect. In Tom Brown’s guide to building data analytics capacity, he answers the question ‘How to recruit great data analysts’ pretty simply: “you don’t”. I would consider myself an example of that approach. I’ve spent the vast majority of my working life as a freelance singer, mostly specialising in choral music, which doesn’t immediately lead on to a job in data analytics. I discovered Tableau at the same time as I discovered the Data School, and set about playing around with it, to see what all the fuss was about. I found a data set, and later that day I had pretty much made the viz which would become my job application (you can check it out here if you want)

I spent the next few days raving about Tableau to anyone who was near me – not only because of its power and ease of use, but also because I had had so much fun building my first viz. As I’d been looking for a change of career, I took this as a pretty good sign that this was the direction I should follow. I found the rest of the application process as enjoyable as my first foray – I was on a family holiday at the time and happily skipped on jet-skiing tours and beach lounging to work on my viz! I know I have a lot to learn over the coming 4 months, but I really cannot wait to get started.

So that brings us to today: the first day of the next two years. We spent most of the day setting up and settling in. As you might expect there was a fair amount of IT wrangling and new concepts to take on board (email: bad, posting ‘simple questions’ on public fora: good, dad jokes: required)

Luckily everyone is genuinely lovely. They’re open, approachable, knowledgeable and as enthusiastic as I feel. As a cohort, DS8 all seem to be on the same page and the rest of The Information Lab have been incredibly welcoming to us 😊 After one day 33 Cannon Street already feels like our base; I spied a PS4 and a back catalogue of FIFA, so I’m looking forward to testing my tekkers against the rest of DS8.

We even managed to spend some time on Tableau at the end of the day, splitting into 4 groups and looking at different aspects of The Information Lab, before presenting to the rest of DS8 as well as Andy and Tom. It was a pretty quick turn around, but even in those minutes I picked up a few things from the others, such as using “Random()” as a hidden field to build a jitter plot. (Michael McFadden posted a guide to this here)

Where to find me

I’m going to be regularly updating this blog with stuff I find interesting or useful, some takes on how I’m finding the course, and maybe even some of the best of the dad jokes. You can also find me on twitter @olliehclarke, and you can see my vizzes here.