I think that one of the things that I hate about ‘milestones’ and such is the finality and absolute nature of them. For instance, it was just a few months ago I bid my student life goodbye – Four month holidays, late starts and all-nighters for the sake of it with little to no responsibility would now have to be a calculated risk, than an absolute cause.  But since I arrived last year for my final year on the 13th of September, I knew it was going to finish.

And similarly, my time as a trainee with the ‘Data School UK’ is now in it’s last days. Next week, I’ll be heading off on my first 6-month placement, apparently armed and ready to tackle the visualisations and data question which will be thrown my way. Do I feel ready? Kind of. Will I feel out of my depth when I start? Absolutely.

But I did so when I started here, on June 22nd, in a room of 10 strangers – 8 of which I would see virtually every day for four months, become trusted colleagues and good friends. So what would Coach Kriebel have in store for us on the final week?

So this blog serves as the first of this series; talking about my experience using Tableau 8.0.0. 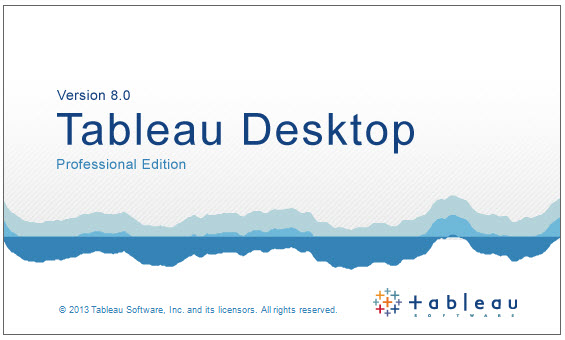 Many of those reading this blog will have used Tableau 8, understood it’s drawbacks and the new features which make Tableau super intuitive and easy to use in Tableau 9.0 – Most notably, perhaps, Level of Detail calculations. One of the funniest thing for me though, was the fact that though I’ve worked with Tableau and Alteryx for four months, I still prefer to work with data which interests me for projects such as this.

And with the new NBA season only days away, what better set to scrape than the ESPN NBA Roster list – which contained Player Names, Shirt Number, Salary, Age, Height, Weight & Team Coach. I copy and pasted all 30 teams into an Excel spread sheet, had a second sheet with the locations of each stadium, and a third (which I added later) with X and Y co-ordinates to show the starting positions on a court.

The first thing I noted when I opened Tableau 8.0.0 was the interface (a nuance I’m finding when opening Tableau 7.0.0) – It is SO much different than Tableau 9.0.0 (which was the first one I used when I  downloaded Tableau Public in January or February). From the pane which appears when you open, to the way you connect to data – 8.0.0 has a different feel. So moving forward, I tried to simply open my .xlsx file. No. Denied. It simply would not let me – So rather than messing around with drivers, I opened up Alteryx, and extracted each sheet into 3 .tde files which I would use to visualise my data.

Once I started building, I initially thought ‘Hey, this isn’t so bad, it’s not *THAT* different from what I’m used to’ – A few things popped out; the way the maps rendered, the fact you could not turn off tooltips completely, the different calculation window… I take the autocompleting calculations and bolding brackets for granted!

The biggest downer for me? Performance. With 3 extracts, I wanted to bring in my calculated fields and dimensions into the view to create dynamic statements in the Title for my worksheet. And typing these out, adding in the dynamic fields – Took. So. Long. Waiting for the screen to catch up with my typing, resizing and reformatting… Any level of dashboard updating took a long, long time. I’ve become far too used to quickfire analytics with rapid processes. Oh, and speaking of analytics, the analytics pane isn’t there either, but a lot of the computations are available with an axis click.

When I was experimenting with some ideas, I wanted to point out the highest and lowest earners in each team, and aggregate the data to a higher level of detail, or lower to a super granular level. But not only does 8.0.0 not have Level of Detail calculations, I couldn’t remember how Craig had told us how they ‘worked around’ level of detail – I’m sure it’s something to do with addressing and partitioning.

You may see that the basketball court map has the plotted X and Y points – This was an idea that I had and implemented using background images, plotting the data points and finally doing a blend with my player-level data. However, even though my data was blended, when I dragged the aggregated pill into the view to put on size (I wanted to essentially have the bottom row, where the number of players by position is shown, size the bubbles in the visualisation with the numbers there – thus saving space, and making the court, well.. Useful.) The error I got was that there are data blending limitations here (which can be found in depth in this article), rendering the court simply down to being the recipient of a ‘highlight’ action.

When I was putting the finishing touches to my visualisation, I noticed I hadn’t downloaded Team Logos which are transparent – I spent a good amount of time locating these for the most recent season, and after a long day, laziness lead me to not want to go hunting for 30 new logos. So Pablo suggested I duplicate the dashboard, re-arrange one row of data and turn it all white – for consistency – using a container. After much clicking, waiting, clicking again – I was able to do this. But, in Tableau 8.0.0 you can only change the border colours. The exercise was futile, and if you look at the visualisation, you can see the white logo remains. Laziness on my part, I guess.

Stay tuned to see my Tableau 7.0.0 experience… What is that marks card!