In this post what I’d like to talk about is an iterative design process and how crucial it is to the field of visualization, using one of my own pieces of work that I really struggled with. Hopefully this can shed some light on what I’ve learned so far about finding a creative process that works.

Iterative design refers to what is basically a cyclical way of working, you have an idea, prototype it, build it and then submit it for review, repeating this process continually until you arrive at something that you’re ultimately happy with, or at the very least something you don’t hate. Below I’ve broken down some useful tips that I picked up when trying to follow this way of working.

Before committing to any ideas, it’s crucial to outline the scope or the purpose of the visualisation. One of the missteps that I made was to just glance at the data and then dive straight and try to create very elaborate visuals. Instead the following is a much more sensible way to go:

The image above is my first attempt at a dashboard aimed at visualising data about accidents on London buses, and while it’s far from being the worst thing that I’ve ever created, there are lots of things about it that don’t really work. My choice of charts was being dictated more by a desire to get as many different kinds in as possible rather what would communicate the information most clearly.

This is the result of me coming up with a rough sketch of what the dashboard could look like, that I sort of liked and then doggedly trying to make the finished product match it as much as possible. When I published this, I wasn’t very happy with it but at the time was convinced that I wouldn’t be able to come up with anything else.

This wraps up the first part one and hopefully it gives an idea about some of the steps that can be taken to make designing dashboards easier. 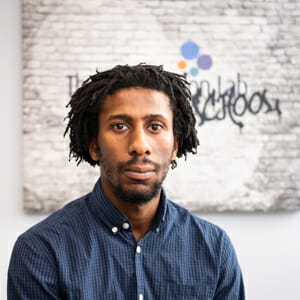