Third day of Dashboard Week and I have finally learnt from my past mistakes: not wasting time on prepping data that I won’t need.

Today we were tasked to visualise survey data from the Harvard Dataverse website on Rural Electricity Demand in India. But it wasn’t going to be that easy, oh no. We had to first scrape the PDF of the questionnaire to extract the questions asked to respondents and populate the headers of the original dataset with these. So once the PDF was extracted (thanks Ollie!!), I started to think of what my angle would be and which questions I would actually need from the dataset, which allowed me to not pull my hair trying to get all of the headers out in a neat fashion.

This resulted in a fairly small Alteryx flow for once!

One of the first early questions respondents were asked was if they were connected to grid electricity, which I thought would be an interesting angle to focus on. I pulled out a map that shows the stark contrast between the different states, some key demographics to give some context, did a Likert chart with the question that was most relevant to my angle, as well as various sources of energy that respondent use instead of grid electricity. I am pleased to say that today’s dashboard is not only made of bar charts and line charts. It’s the first time this week I’m actually proud of what I have achieved -here is the result:

Link to the viz 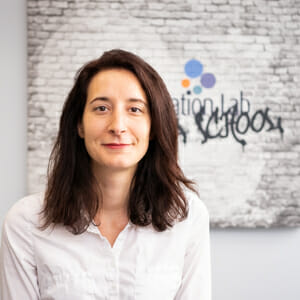