The Ramblings of a Madman - Day 5

9:06 the data is up, Andy’s gone full ‘Murica on us and we’re looking at the FREEDOM of information act. Hopefully it will be interesting, from the blog it looks like there’s a lot of data prep involved.

10:02 Another slow start today, but no matter, I’ve had a pretty good look at the data, nothing really pops into mind for a topic to target, I think I’ll go do some googling for inspiration. The data prep doesn’t seem too hard, the only issue I think I’ll have is that I’ll sort of lose track of what all the fields mean, not sure there’s anything that can be done about this as I don’t really know what the fields mean anyways. Data prep should be no more than a sample to remove the years which had rubbish data, dynamic rename to get good column headers and then a filter to get rid of rows which are aggregated, if I need to the totals at the end I can just remake them easily so its not worries removing them from the data.

10:07 slight spanner in the works, some of the columns have turned out to be duplicated, this isn’t too hard to fix but I think I might try and get an idea of what I want to visualise and then just take the data which I need.

10:09 another spanner in the works, the data has a big gap in the middle of the table and some new headers appear out of nowhere, Hopefully I can just take the columns I need and this wont be an issue again, as most of the table is the same as prior years.]

10:13 the data prep isn’t conceptually hard, it doesn’t require any cool tools its just annoying and finnicky, think its going to be a case of get it done by lunch and then whack it in tableau after that.

10:56 I’m making an executive decision, I’m not going to be able to use all the data, I haven’t got time to look it all up

11:47 data prep is all done I think, missing quite a lot of the data, but think I have more than enough for what I want to make

14:00 I’ve finally got an idea, Ron Swanson is always beefing the government and general bureaucratic measures for being slow and useless, I can sort of look at this data to see which department Ron Swanson is working in, as he disrupts daily workings.

16:40 Well presentations are over, my dashboard today was possibly the worst day of all my days so far, I’m not sure if it was the data or just running out of steam a bit but I’m not overly satisfied with how the last dashboard of the week turned out.

Overall takeaways from the week, I think I surprised myself with how quickly I can put ideas into tableau now that I’m very familiar with the software. I need to explore the data and find storylines before diving in. You can make very effective dashboards without many complex set actions calcs and parameters. Exploring different visualisation methods is very effective and can lead to some really nice end products.

If you want to see what I made today (I recommend against it) then click here https://public.tableau.com/profile/tim1752#!/vizhome/FreedomandInformation/Freedomofinformationdash?publish=yes

Thanks for reading, that’s the end of dashboard week so I can finally stop rambling now, hopefully my thought processes were enlightening in parts. 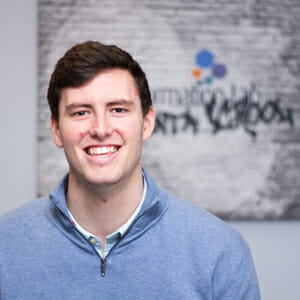 In TrainingLondon, UK
How to Dynamically Resize Fonts in Tableau

How to Dynamically Show How Many Variables are Being Filtered

Attaching the "st" to 1st in Tableau