After a week of Tableau we returned to Alteryx to prepare for the Designer Core Certification exam, which we were to attempt on Friday in place of the normal project day. A lot of emphasis was put on using the exam as a learning curve rather than simply a pass or fail. Nonetheless, pressure was always going to be on hitting the pass mark.

Monday: We spent the day with Nick looking primarily at the Crosstab, Transpose and Multi-Row Formula tools. These were tools we had only touched on in Week 1 so it was good to get more of a deep dive into their functionality.

Tuesday: We worked through the Alteryx Core Certification Exam Prep Guide section by section to highlight any key areas that needed a bit of extra attention. After working through them, we looked at some practice questions to get familiar with the exam’s format and style.

Wednesday: The day’s task was to pick a handful of tools and explain what they do from top to bottom. As a group we covered pretty much everything that could come up in the exam whilst also making our own practice questions. The idea wasn’t necessarily to catch people out, rather to highlight potential configurations that could cause a bit of confusion when it comes to specific multiple choice questions.

Thursday: Powering on with Alteryx, we started looking at Macros. This was a whole new focus that can best be described as tools working within tools. Throughout the day, we covered the three main Macros types: Standard, Batch and Iterative, going through examples of each and how they can enhance different workflows.

Friday: Exam day. We had two hours to complete 80 questions (73 multiple choice and 7 practical application), which absolutely flew by. Frustratingly, I missed the 80% pass mark by 1.5%, meaning I’ll have to have another go at the certification after seven days have passed. Despite not getting there first time, it was very clear to see just how much we’ve learnt in such a short space of time with Alteryx. In the afternoon, we watched DS26’s first client project followed by DS25’s client presentation, both of which were of a very high standard. 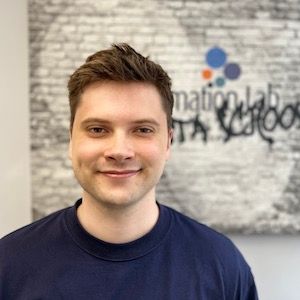 How to build a Bar in Bar Chart in Tableau