On our second day, we were tasked with analysing hailstorm data from the National Oceanic and Atmospheric Administration. What we did with the data was up to us, but there was a catch: create the dashboard only using the Alteryx reporting tools.

For someone who hasn’t used the reporting tools before, I was initially worried about how I’d manage to produce something by 3pm, but I’ll talk about what I did with the data first.

Whenever working with a new dataset, I always read the documentation. Luckily, there was a handy guide as to what the header names represented. I cleaned up any rows containing no useful information and renamed headers to something more intuitive.

After realising that the data covered the entire USA, and spanned over 70 years, I knew that I needed to cut down my analysis. I firstly created points with the spatial data provided and looked to see if there was any clustering. However, as there were so many data points, this was impossible.

In the spirit of trial and error, I went down the summarize route to see which Top 10 states experienced the most hail - Texas topped the charts in injuries, hailstorms and everything else, so this was my focus for the rest of my analysis.

BANs - I used my summarise to find out some key stats such as the Average Hailstorms, Deaths, Injuries, Damage to Property per year to display along the top of my dashboard.

County Analysis - I thought that it would be interesting to see which counties within Texas were the most affected by hailstorms, so I found a spatial file of the county boundaries and did a spatial match.

Time period Analysis - I was also interested in whether the hailstorms were getting worse, which thankfully, they weren’t. Although the trend is volatile, there’s a clear decline in the amount of hailstorms Texas has experienced since 2009. Also, I found that hailstorms are actually more common in the summer months, with sleet being the alternative in winter.

Map - As always, I can’t resist making a map when I have the chance to, so I used the Report Map tool to create 1) a map showing the starting location of each hailstorm and 2) if the hailstorm moved, the path of the storm

Using these were definitely a learning curve, in that the interface is completely different to what I’m used to with Tableau. Also, the ability to display your charts is not as flexible. Nevertheless, I learnt that every branch of my analysis needed to culminate into a single chart, which all then had to be unioned back together into one report.

I couldn't find a way to incorporate the maps into the final dashboard with the rest of the charts, so I've left them in a separate report but here's the final product without them: 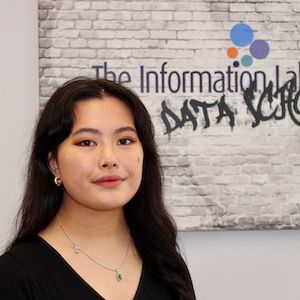