Today I was sent to shadow one of the consultants at UBS. This day was intended to show what it was like working in the ‘real world’ of consulting and breaking out of the shelter of the Data School office.

Overall I had a really good day. I was able to pitch in and help in certain things (bit of Alteryx) and I was able to take away an understanding of the business of UBS (which took a bit of explaining).

One of the Business analysts there had found an issue in one of the dashboards that the company was using so I had a go at debugging it with him. The first issue here was that he did not have access to the data source which meant we couldn’t run the Alteryx workflow. However, once I had a good understanding of the problem I was able to point out where I thought the issue might be and what to look for when he does get access to the data.

This was my first experience of helping someone (possibly) with my Alteryx knowledge which I hadn’t used before 2 months ago. I feel like this might be something that I will be doing a lot of in the coming months.

Another task which I completed today was working through an Alteryx workflow and giving it a bit of a clean. I was sat with Ben (the consultant I was shadowing) and we worked through it together. For those of you who know Ben and his Alteryx Grand Prix trophy, I think I still came up with a couple of decent solutions for the task at hand.

This was a bit of a strange task for me as when I had been using Alteryx I started from scratch, its been my work and I know what is happening / where its happening and can fix something fairly quickly. Not so much the case in the above example and again is more than likely something I will be doing in the near future.

The other challenge today was knowing the data. I think this is probably fair in many jobs/problems we face day to day when working with data. Once you know where the nuances lie there are things that you can look for to help with quality assurance and debugging.

It was an interesting day with some challenges thrown in and a glimpse into consultant life. A big thanks to Ben for his patience with me today and also to Nick for letting me be a guest in his team and spending some time with me. 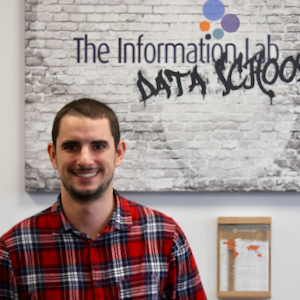 In TrainingLondon, UK
Tips for maximising your time in the Data School

How to build a control chart