When you go to the analytics tab and drag the trend line onto your scatterplot Tableau creates a line going through your plots.

But what is it doing and what do the figures mean?

When plotting a linear trend line Tableau uses the equation
y=ax+b
In this equation a is the gradient or regression coefficient.
b is the value of where the line intercepts the y axis.
xi s the value on the x axis being used to calculate y.
y is value of the equation.

R-Squared value or coefficient of determination is a statistical measure of how close data points are to the line of best fit (regression line). 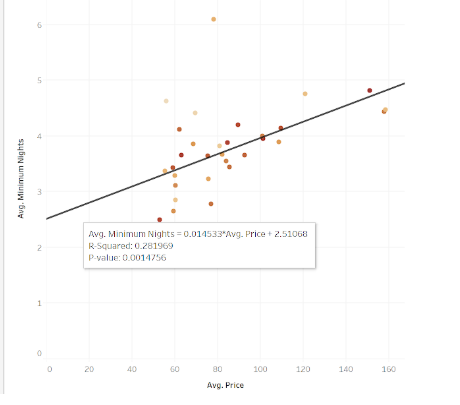 In the above example the R-Squared value is 0.28 (28%). That means that the line only accounts for 28% of the spread of the data points.

R-Squared value is a quantifiable analysis of how well the line of best fit (linear regression model) fits your data. A value closer to 1 (100%) is usually good.

Having a really P value <0.05 basically means that any comparisons made between two values on a scatterplot is very low chance of being statistically wrong. 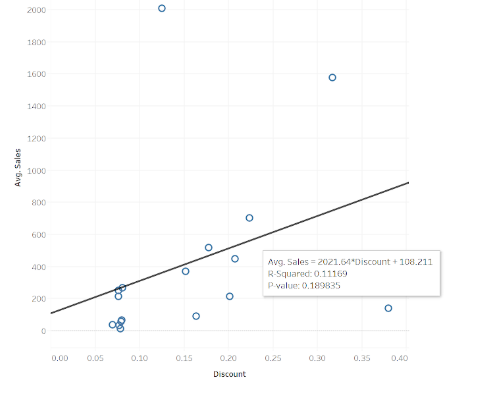 In this example the line of best fit tooltip is providing statistical analysis of the line.
The y=ax+b equation, the R-Squared value and the P value.
In this case the y=ax+b equation is being expressed as:
Avg. Sales = 2021.64 x Discount + 108.211
yis Avg. Sales (value of the y axis)
axis 2021.64 (the gradient) multiplied by Discount (value of the x axis)
bis 108.211 (the value of the point where the line intercepts the y axis)

The R-Squared value is 0.11 (11%) which shows that the data points are not close to the line of best fit.

The P value is 0.18 which is above the significance level of 0.05, meaning the null hypothesis is correct and there is no statistical significance between Discount and Average Sales. 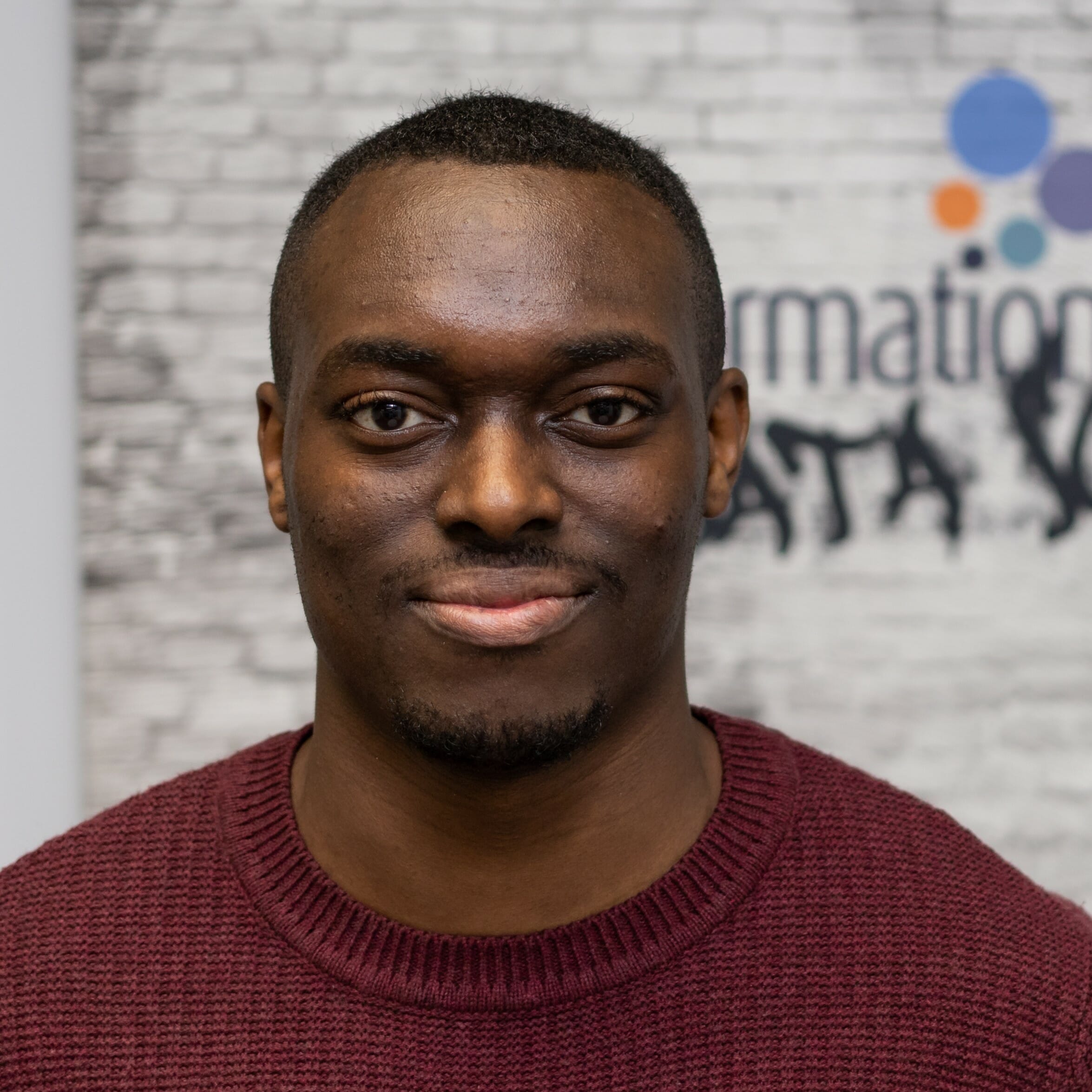