This week at The Data School is Alteryx 101 – our very first introduction to a really powerful data preparation and analytics tool.  Already from the get-go Alteryx seems, in the same way as Tableau, to be pitched as highly intuitive with a mostly drag-and-drop interface.  Workflows are created in the designer pane – they look much like flowcharts – and then you can hit the ‘Play’ button in order to perform the actions which have been chosen to complete the data preparation which you’ve laid out.  Here’s a quick look at how Alteryx looks when first opened. 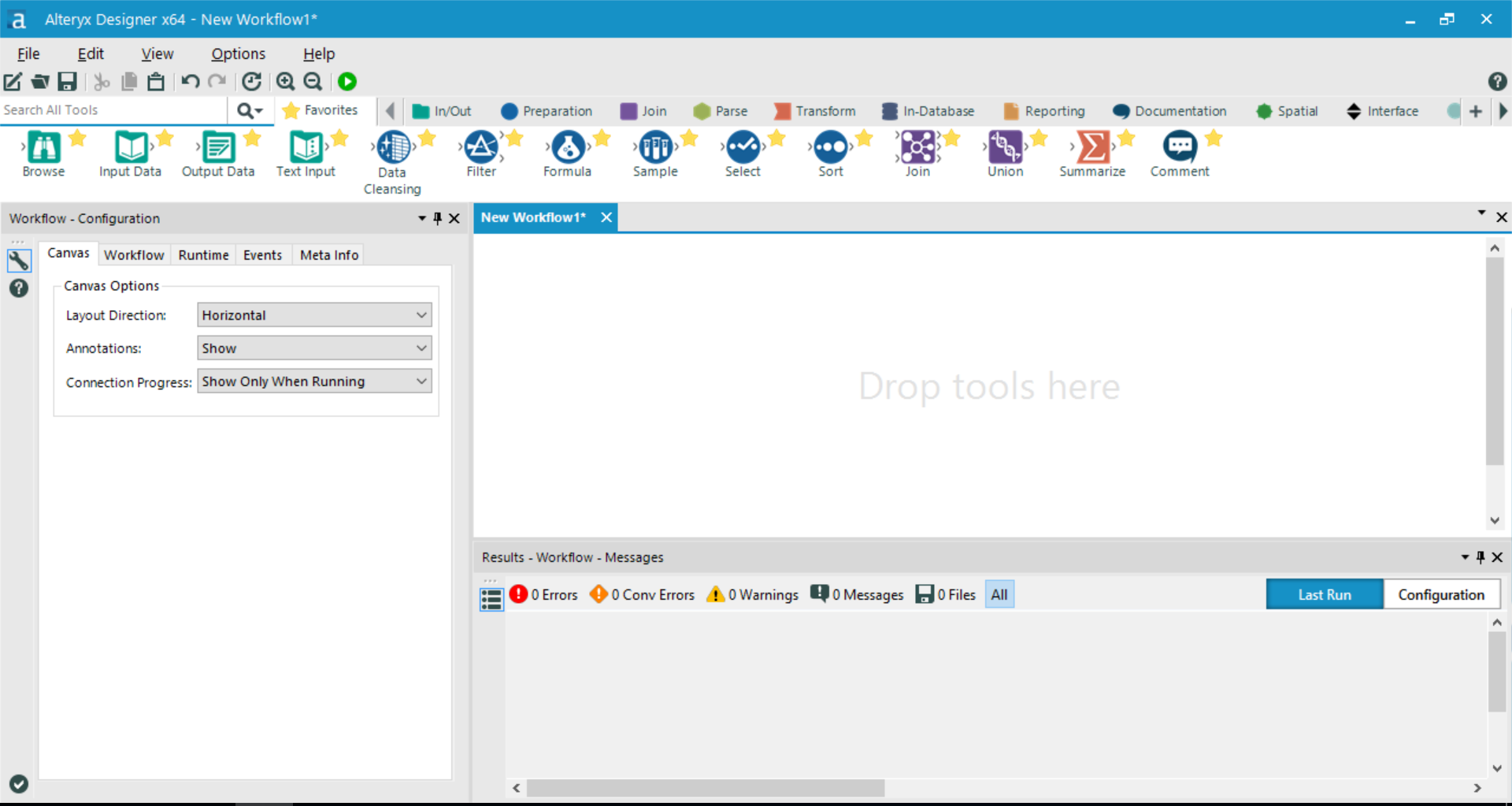 We’ve had a brief introduction about the functions of the most frequently used tools, but the Browse tool looks set to be utterly invaluable.  The tool essentially lets you have a window into any point of your workflow.  It can be dragged onto the design panel and after hitting ‘Run Workflow’ it allows you to inspect how you have changed the data.  A window below the workflow is populated with your ‘newly transformed’ data so you can easily check that the workflow has performed exactly as you had intended.  The example below shows a sentiment analysis of words used in tweets.  The Browse tool was initially placed at the beginning of the workflow (after the Input Data tool) and every other tool could then be dragged and dropped between them, meaning that every single step of the workflow could be checked if necessary, and a very clear picture of how the data was being transformed could be seen.  Below you can see that the tool was placed at the penultimate stage of the workflow.  At this point it became clear that a number of empty fields existed in the ‘Message’ column which would need to be removed.  Once a filter was applied to remove these rows then the data was ready to be exported from Alteryx as Tableau Data Extract (*.tde) file.

The Browse pane allows you to copy, export and open the results in a new window.  The simple toggle function also allows for easy inspection of the metadata related to the workflow which you are creating, as well as allowing you to see how many records have been created following the actions preformed by the workflow.