The first parameter I used was in week one when I remade my initial application to the Data School. In the original I had included a map that showed the countries that had taken part in the European Social Survey in 2014 and their average happiness score. However, the dashboard actually also focuses on a second variable, that of attitudes to immigration. I wanted to include the option to switch between these two measures on the map, rather than having to display both at the same time. There are at least two different ways of doing it. One is to create two maps and switch between sheets, following the method that Hashu has previously blogged about. This is what I did for my application reviz in week one. I learned about the second, better, way today for our current project. In this case I want to again let the user decide which variable they would like to see on a given map 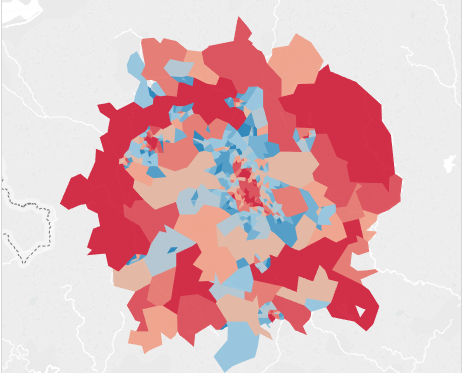 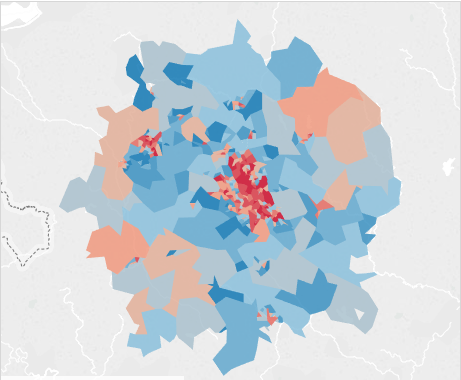 You can create a dynamic switch between variable by following these steps: 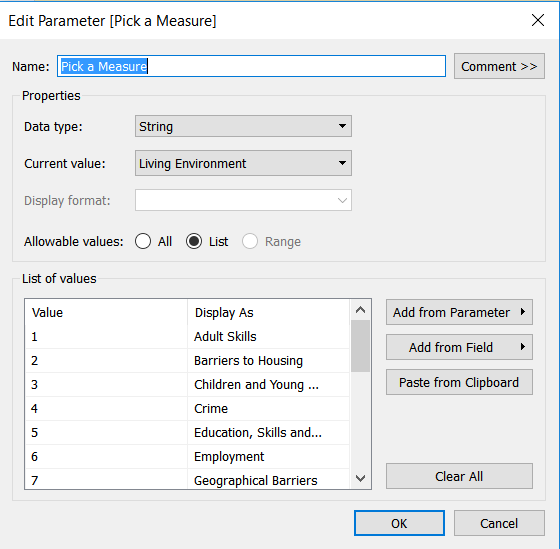 When the user now selects a new variable from the parameter selection this will change the colouring of the map. As parameters are valid across a workbook this can be applied to other sheets as well as long as the calculation is used in that sheet.