It's the first day of Dashboard Week and we're looking at historical greenhouse gas emissions data. Specifically, we've been asked to produce a KPI dashboard that informs.

The data we've been given is split across two excel workbooks - the first is a breakdown of greenhouse gas emissions and the second is a breakdown of population and GDP. Both data sets are split by country and year.

There is also a CSV breakdown of greenhouse gas emissions that I spent far too long preparing before realising that I couldn't get the splits by sector to sum correctly - oh well.

To prepare the data I first joined two sheets from the greenhouse gas emissions excel workbooks: one with the data split by sector and gas type going back to 1990 and one with just CO2 data going back to 1850. I then joined this data set to the socio-economic data set so that every year and country had a population and GDP.

As the task was to create a KPI dashboard, the first thing I did when getting the data into tableau was to experiment with big numbers. Having already decided I was wanting to focus on CO2 emissions per person I set about creating calculations to work out emissions on a per capita basis.

One of the key insights I want to highlight with my dashboard is the relationship between wealth and CO2 emissions. I used sets and parameters to enable the user to toggle between the figures for the twenty richest countries and the twenty poorest countries to see how they compared to the world average.

While experimenting with graphs I noticed how similar the graphs charting average CO2 emissions per capita and GDP per capita were when split by twenty richest, poorest and other countries. To highlight this insight there is a parameter to filter between the graphs by switching the measure on the y axis.

The final dashboard aims to intuitively inform the user of the huge disparities in CO2 emissions depending on wealth level. The interactivity hopefully enables a more engaging comparison than simply having the same charts and figures side by side.

Explore the viz yourself here.

Ultimately, I would have liked to have created more charts to add into the view but I used up a lot of my time preparing data I didn't use... and then spent more time wrestling with calculations I also didn't end up using - all good learning experience! 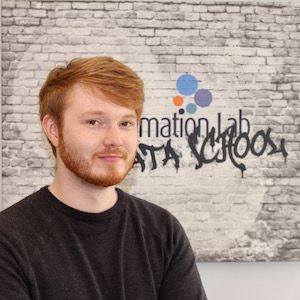