So it’s the beginning of Dashboard week, I’ve been warned that it can be the most stressful week of training but I’m here trying to go into it with an open and positive mind…

What is Dashboard week?
Each day, we at DS22 will be set a project. We must clean up the data in whatever way is required (most likely using Alteryx) and then visualize it in Tableau. Oh, and we must also have our blog written and published by 3pm.

This week, we are privileged that our challenges are being set by DS21's Valerija Kirjackaja. I say privileged, I’m not sure what is lined up for the rest of the week… Hopefully she’s not to harsh with her challenges.

Day 1 looks at Historical Greenhouse Gas (GHG) Emissions. It’s a large dataset containing 186 countries, 6 gases and a number of other bits and pieces of information. Data can be found here. There was a second dataset that looked at GHG projections for a few select countries including the UK and these projections came from various sources. Climate change & Global warming are a huge topic in society today for obvious reasons so I felt a bit of pressure to produce something that would be interesting to view.

First I decided to do a bit of research. I know from experience that when I try to clean datasets without a goal in mind, I struggle because I constantly chop and change the tools and elements within my Alteryx workflow. Therefore I thought doing some research might channel my thought process.

I found an article on the UK government website published in December 2020.
It states that Boris wants to cut Greenhouse Gas emissions in the UK by at least 68% by 2030 compared to emission levels in 1990. Using the dataset provided I could look at how the UK had been doing since 1990 up until 2014 (the final year in the data) and also how they are projected to do between 2014 and 2030.

My Alteryx workflow turned out to be very simple as seen below:

The top part is the initial dataset with all the historical values. I had to use a dynamic rename to take the column headers from the first row of data then change some field names and data types.
The bottom part is the projection dataset. I chose the source for the projection to be the National Government in the filter tool at the risk of bias from the UK Government. I removed fields I didn’t want and I set the year to be greater than 2014 so I wouldn’t get any overlapping values. All I then needed to do was union them together to gather my final useable dataset.

For our Dashboard, Andy requested a KPI Dashboard that informs. Since I was basing my dashboard off of the UK, I decided to create 5 KPIs (one for each of the 4 gases and one for the overall GHG emissions) as seen below. The large values are UK emission values for 2014 (in metric tons of carbon dioxide: MtCO2) and the indicator below shows how that has changed since 1990.

Then I wanted to look at how the emissions of these gases has varied throughout the 24 years of data that we had and compare each year to 1990 on a line graph. This allows the user to see proportionally, which gas has reduced the most.

Below these, I wanted to look at the UK projections for 2020 and 2030 and see how they compared to 1990. A simple bar chart did this for me nicely and showed that even according to the UK government projections, we are not set to meet our GHG Emission targets.

The last thing I wanted to do was do a comparison of the UK to each region in the world. To create the regions I first created a map view, then by lassoing relevant points I could group values together to create my regions for Europe, APAC, Africa and Americas. I then did another comparison of 2014 GHG Emission values to 1990 for each region and sorted them in ascending order from best to worst in terms of proportional increase.

I am literally here writing this at 14:58 as we are beginning presentations at 3 so its fair to say I’ve used pretty much every minute spare for this project.

Thanks for reading and view my Dashboard here. 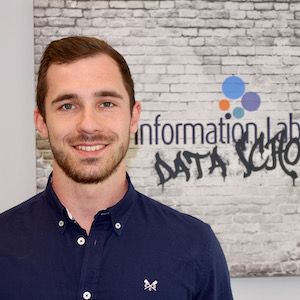