My First TC Experience | What I Learned

Last week was Tableau Conference-ish, as well as being my first TC ever – needless to say, I was very excited. From Speed Tipping sessions, to finding out about new features during Devs At Desks and even a talk by Neil deGrasse Tyson himself, there was so much to be explored at #Data20.

I learned so many new things during all of the sessions, and it was great to be able to do it all whilst still in your pajamas in bed. However, there were a few things which stuck with me and changed my mindset that I wanted to share with you all.

During the course of the week, I attended quite a few braindates as well as hosting one of my own (braindates are one-to-one or small group video chats where you can discuss any topic related to data and network with the community). Various topics came up, ranging from what does the data community mean to people and when to use (and when not to use) hacky charts. Two topics which appeared often were regarding impostor syndrome and the fear of failure, which is what I wanted to touch on more today.

It was so interesting to hear from people in different parts of their career and their experience with dealing with these things. There were some lessons that I learned from them, including to not see failure as a dead end, but instead a lesson to be learned. I think this is so important, as often we see the word “failure” to be a scary thing that can prevent us from doing what we want to do. By lessening the negative connotation we have with the word “failure”, we can instead see it as something we can learn from.

I thought I would end this blog post with a quote that someone from one of the braindates shared with us that made me think differently about failure as a whole, and I hope it can also help you:

“The master has failed more times than the beginner has even tried.” 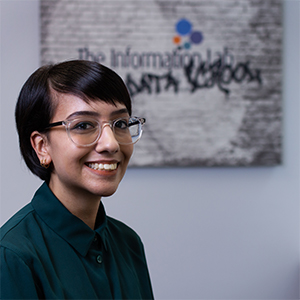