DS5 recently had the pleasure of JMac coming in from The Information Lab’s core team to share more of his Tableau Server knowledge with us. During a previous visit (Server week), JMac had showed us how we could interact with Tableau Server through the Windows Command Prompt using tabadmin and tabcmd commands, and we ran through a few examples. Of course, we did this all on servers we had set up ourselves in the cloud and then dismantled again afterwards, rather than “real” servers that were actually in use!

This time, JMac showed us an alternative way to communicate/interact with Tableau Server, which is through the use of the REST API. Tableau Server 10.2, the most recent version at the time of writing, uses REST API 2.5.

The interface we used was the simple and user-friendly TabCommunicate, developed by The Information Lab’s own Craig Bloodworth.

TabCommunicate is divided into 3 panels, starting with the Controls window in the top left corner. This window allows the user to sign in and out to and from the server. There is room for the server URL and the Site ID as well as authentication details. The box on the third row provides a dropdown list of commonly-used server functions that the user can select.

This immediately updates the Code window, which has 6 different languages to toggle between! The code for the request is displayed, and can be copied to the clipboard with one click on the clipboard icon in the top right corner of the window.

Finally, the server’s response/output is shown in a separate window that runs along the lower half of the screen (called Response) in XML (by default) but also with options to be easily viewed as a table, data, or variables. 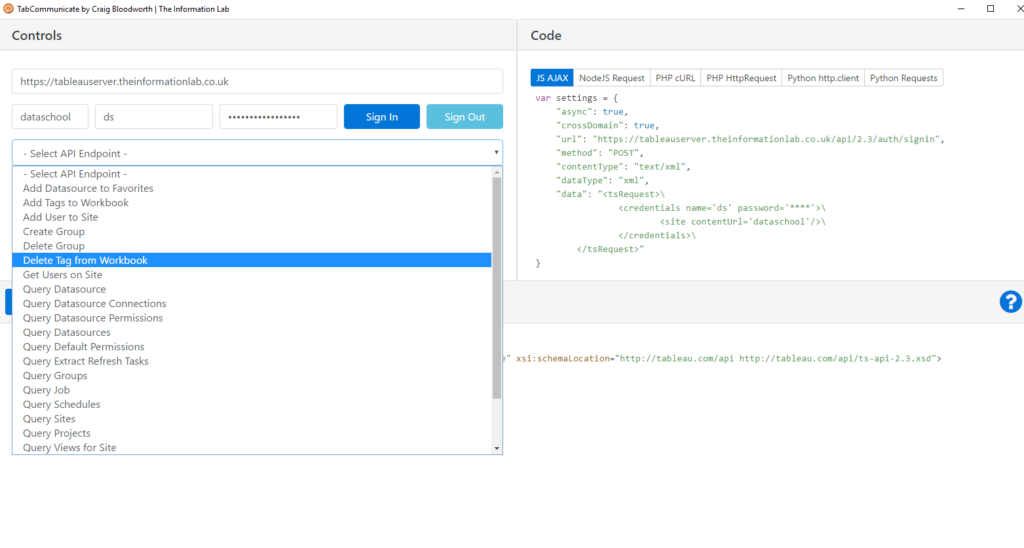 List of queries/API Endpoints available in the TabCommunicate Control panel 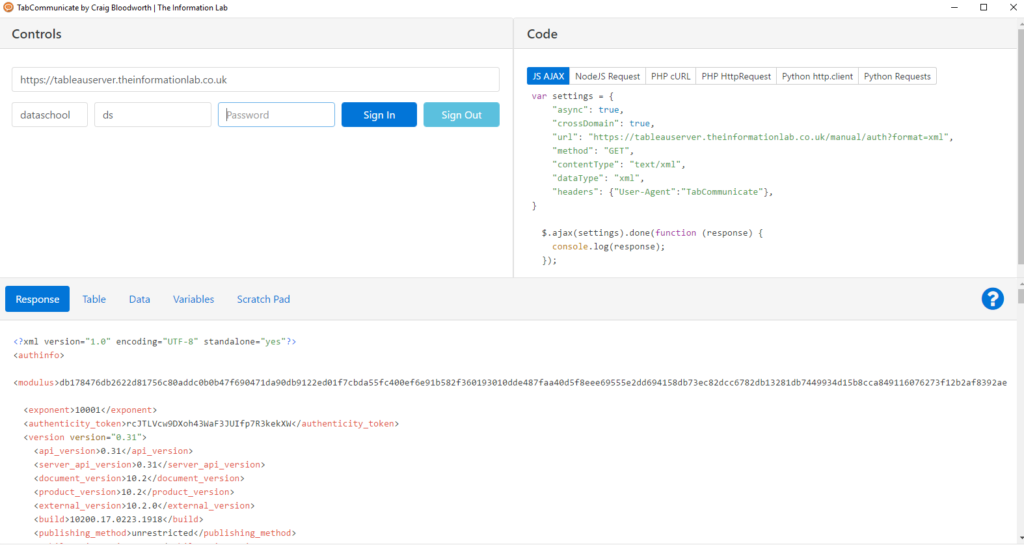