A Tableau Tip for Tuesday – How to create custom regions

Sometimes it’s learning small things that make using Tableau so much easier or give you a new world of viz possibilities. Today we learnt a few, with my favourite being how to create your own custom regions from fields with no geographic value. Maps and other spatial things such as polygons are not my strongest area, so it was good to improve my map skills.

We were looking at Tableau’s favourite dataset ‘Superstore data’ and looked at a few maps. Above, we can see that the U.S is the only country in this data. We also have some data on four different regions: Central, East, South and West that we want to use to breakdown the U.S. However if we just drag this onto the Mark card, nothing really happens.

This is because the region has not been assigned a geographic area on the map, it only sees the regions as strings so doesn’t know how to break up the map. However, if you add the states to the detail:

as each state is part of one of the four regions, the regions can now be displayed.

But what if you only want to see the four regions? You can do this by right clicking the Region dimension and then changing the Geographic role by creating it from the State field:

When you do this and put regions on the map, tableau will now recognise these regions and plot them as single regions:

Notice how the Region dimension has changed from ‘abc’ (a string value) to a picture of the globe (a geographic value). Now you can use this to create any map you want.

I found this useful as it’s an easy trick that can let you have better control of your maps. 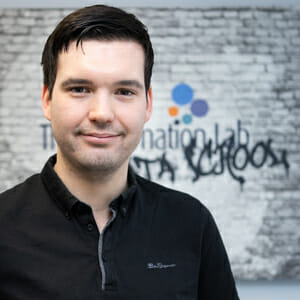 In TrainingLondon, UK
Tiny tableau tip: how to copy formatting between worksheets

Tiny tableau tip: how to display negative numbers as positives

Tiny tableau tip: how to see all your sheets in one view