Today we were tasked with quite a different Dashboard, and we weren’t even expecting a dashboard day either, and this was to create a visualisation using the tool Flourish . Flourish is a free tool that is available to create quick visualisations from a series of templates. Now it must be said having been completely immersed in Tableau & Alteryx over the past 13 weeks, diving into a different tool was quite a change of pace. On first glance, Flourish, is an amazing tool for creating visualisations and putting them into a story (similar to story points in Tableau) but lacks a way to completely dashboard and allow the user to explore the data themselves.

After this inspection we were presented with using UK baby names data from the last few years, available from the UK Gov website, from 1904 – 2017. The UK Gov website was quite a treasure trove for this data but required some clever website navigation to discover data that was actually useable. I eventually found a ranking system for the names, split between Boy’s & Girl’s, that can be found here.

After inspection I knew I wanted to look at how these rankings changed over time, so set about looking for a template that would work with my data.

Flourish gives an amazing number of templates to work with, but these aren’t quite as customisable or flexible as you’d hope. After being used to Tableau this level of customisation was quite disappointing, but if you could get something to work within these templates, they really did look great.

After finding a moving bump chart, and experimenting with the currently extremely fashionable Bar Chart Race (This definitely is the best tool if you wanted to make one of those), I set about building.

After loading up I quickly discovered Flourish’s greatest flaw, its inflexibility to shape data within the program (other than rotating from columns and rows, though with no flexibility on how this occurs, so it is carried out as a one to one pivot) allowing for all data prep to be carried out away from the program itself. However, Flourish’s saving grace is its clear instruction for data shaping:

This set up allows for a logical data structure that can quickly be set up in the data prep tool of your choice, I used Alteryx in this situation. After a quick workflow filtering and shaping the data I was able to quickly see the results of my labour:

After this, there were lots of options very similar to tableau to create and edit the visuals. There was a lot of experimentation here, and some options could have a bearing on other areas with little indication. I eventually started playing with title slides and normal slides, which allowed for lots of creative options as you could add videos and images to run in the background!

Overall, flourish is a really cool tool that with a lot of fleshing out would allow for some brilliant stories to be told, but it lacks a lot of analytical tools and data prep tools, but its end products do look amazing and smoothly within the web app (though upon large data sets its performance suffered). With a bit of work, however, this could be a great little bit of end software for data visualisation right now but needs a lot of work to be one shop for visualisation. 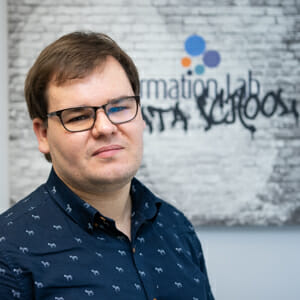