My First Placement – A Personal Journey

The Start of the Journey

Nearly 6 months ago I was ready to start probably the biggest challenge of my working life so far, my first Tableau consultancy placement after only 4 months using the software! To make matters even more challenging I had just stepped off a plane 10,000 miles away from home, I was about to start work in Sydney, Australia… 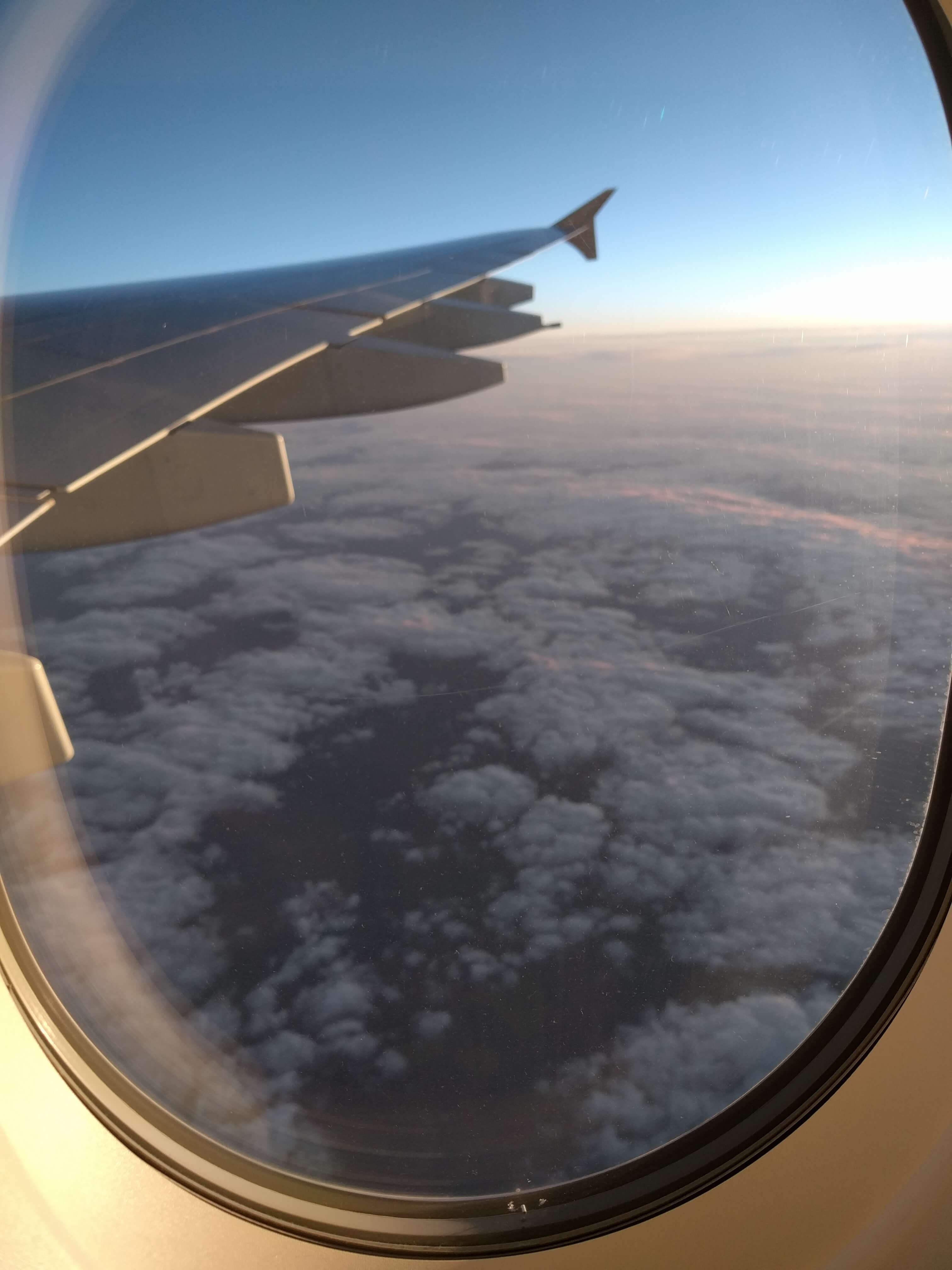 On 1st August 2016 I got a message from Tom asking if I was interested in the possibility of going half way around the world for a 6 month placement working for Optus, the second largest telecommunications company in Australia. I said I was interested and a couple of weeks later I was up against two other Data Schoolers in a pretty intense interview process. I found out a few days later that I was the one selected.

This news kicked off some pretty frantic preparations as I was due to start work on the 5th September. Flights were booked, flip flops (or should that be thongs?) were packed and early on the morning of the 2nd I set off on the 36 hour journey.

Upon arrival on Saturday evening I was greeted by hot humid weather and Fi, my boss at Optus, who had kindly offered me a spare room for the first few weeks of my time in Australia. On the Monday morning, still feeling rather jet-lagged, I headed into the office for the first time. I had read about the Optus campus before coming over as part of the preparation for my interview however the sheer size of it astounded me when we drove in. On campus there are around 7 different places to get a coffee and lunch, a fully functional gym, a tennis court, a grocery store and room for a few thousand employees.

I spent the first week struggling to recover from the jet-lag and getting myself access to all the systems that I would need over the course of my placement. To my delight there was a laptop waiting for me as soon as I arrived so I could get started working on at least something. Over the course of the next couple of weeks I helped out on a couple of small projects involving both a bit of Tableau and Alteryx. The main bit of work that I helped out on was calling all the Optus stores and making sure they knew how to use the brand new Tableau dashboards that had just been rolled out to all of them just before my arrival. These dashboards provided the stores with an amazing level of insight into all their sales, achievements and customer satisfaction levels.

After these few weeks I had a basic grasp on how most of the data was organised here at Optus and how the company worked regarding Tableau. I was assisting people in the team in the creation of dashboards for specific use cases however I hadn’t been given my first true project. This changed in late October when I was given the task of visualising how the Digital team were trying to reduce the number of customers calling the call centres and trying to get them to resolve their issues and pay their bills online. The depth of the report that they wanted required a huge amount of data, something I still didn’t have the greatest understanding of. So to combat this issue I took the first week of the project just to have meetings with the people behind all the data sources. This really helped me get my head around what was going on and what everything meant. A week later I got started putting everything together and finding the story behind the numbers. 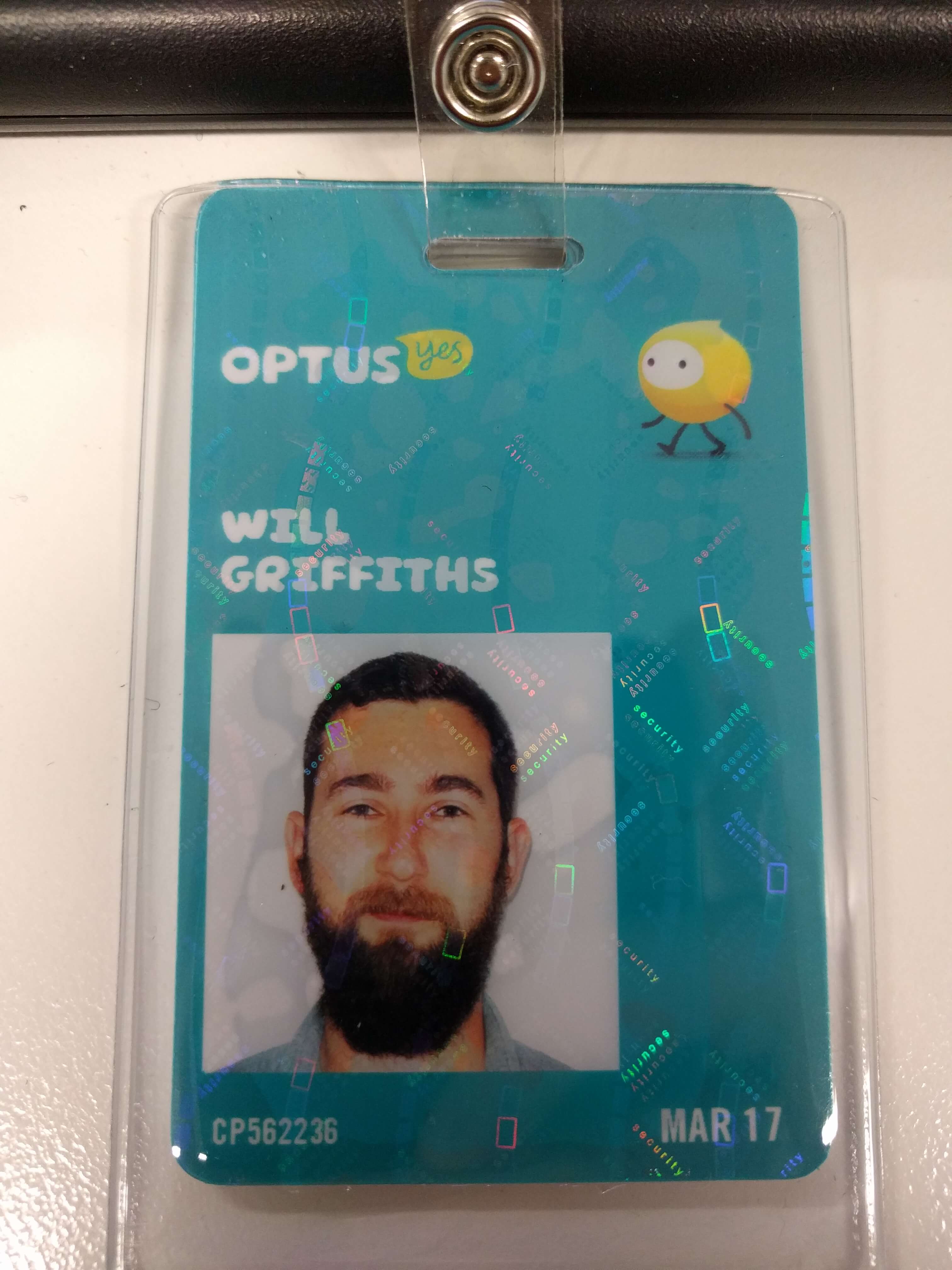 Just to make things interesting I was given another project to look at alongside the one that I was already working on. This was a very different piece of work, rather than a very visual piece this was to be a replacement for a data export system that was being taken offline. For this project the data was not already prepared, as it had been for my other project. It was time to get stuck into Alteryx. One of the advantages of working at Optus was the fact they had an Alteryx Server license, which allowed us to schedule workflows at regular intervals. This is a perfect way of making sure your Tableau reports are kept up to date before the database tables can be created.

The fact I had both these projects running at the same time meant that November was a pretty busy month! It didn’t help that outside of work the temperature was constantly rising, regularly reaching into the high 30s. As weak as it sounds, the temperature has probably been the biggest problem that I’ve faced over here in Australia. I might get to work in a very nice air-conditioned office but trying to sleep whilst it’s still in the high 20s and extremely humid overnight really affected the amount of sleep I was getting each night. This would obviously then have adverse effects on how I would feel the next day at work. I’m hoping that I’ll be coming back to some nice miserable weather in the UK! 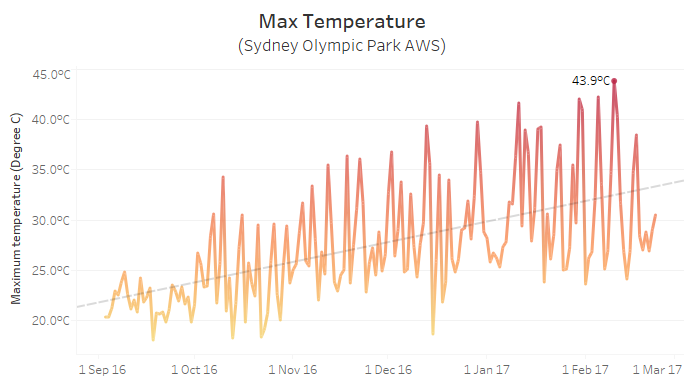 It got pretty hot over here!

December was a rather short month for me in Australia as I headed back home for Christmas midway through the month. However this was the time when I presented the two projects I had been working on back to the relevant parties, all seemed to go well. 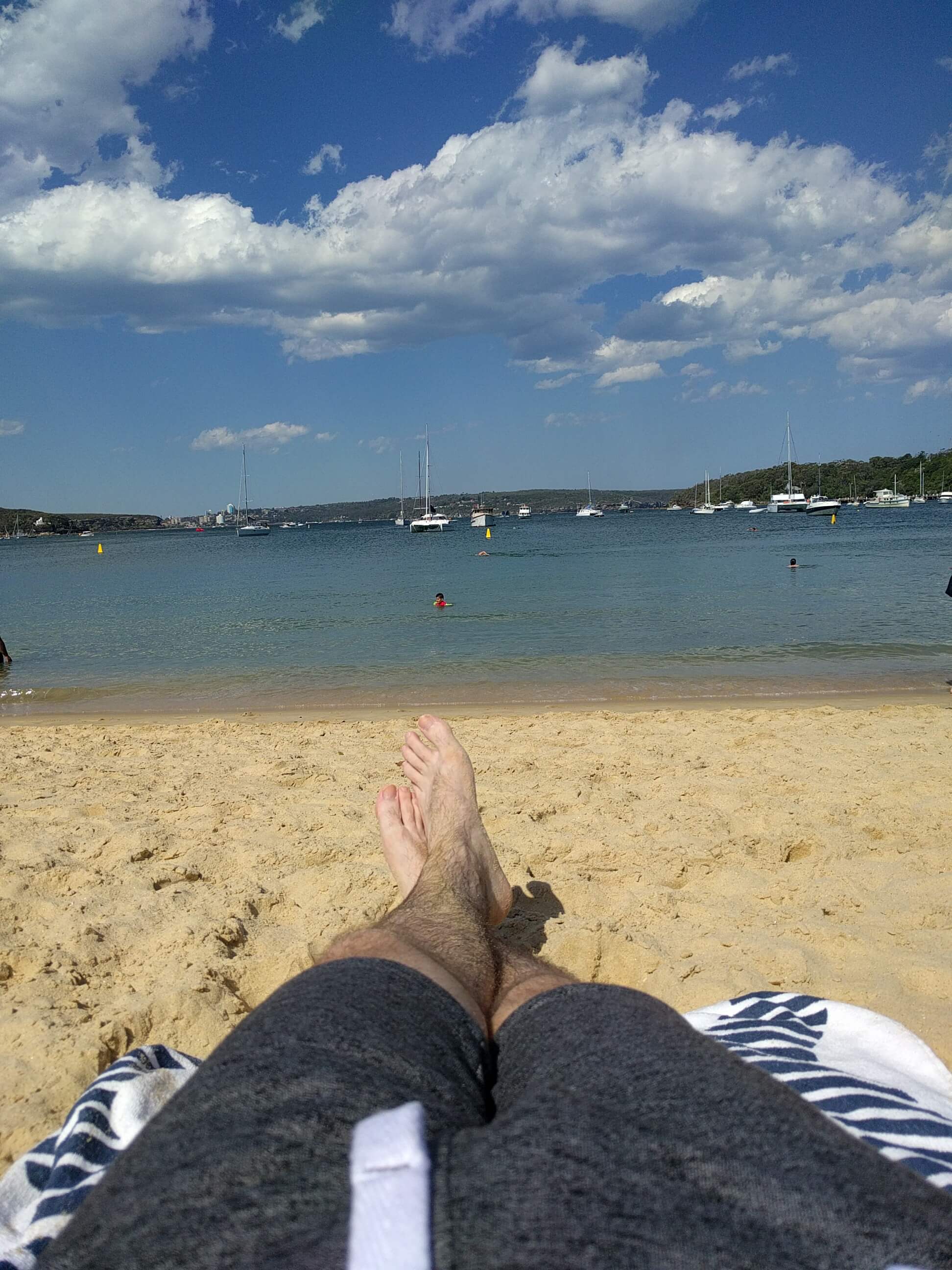 There are some perks to working in Sydney

When I returned to the office early in January it was to a very empty floor, turns out most people weren’t coming back from their holidays until the 2nd or 3rd week of January. This gave me a chance to catch up on various admin tasks and small bits and pieces that I had not had a chance to do whilst the project work was in full flow before Christmas.

During January Fi came up with a great idea for a dashboard that had been requested by a stakeholder in another part of the business. They had asked for a way of exporting Foot Traffic data for their store, initially we thought about doing this in the same way as previous reports, with a dashboard action that exports a csv. However this means that the dashboard still has to load all the data before it can be exported. This can be millions of rows, therefore affecting the performance massively. The idea Fi had was to integrate an Alteryx App that was hosted on our internal gallery as a web page on the dashboard and utilise the PostgreSQL Tableau database to ensure that the person requesting the data could only see the rows relevant to their stores. Thanks to the speed of developing in Alteryx I managed to get a semi working prototype done in two days! With a bit of refinement and feedback from the stakeholder we had it up and running for him to test within a week of the original request. This is definitely something I would recommend for people to try out if asked a similar question and they have access to Tableau and Alteryx server.

I am now in my final week here at Optus, spending the majority of my time documenting what I have done so far so that it can be handed over to someone else in the coming weeks. It also means I have time to reflect on how the placement has gone and think about how I’m going to approach my 2nd placement to get the most out of it for the client, but also for myself.

The main things that I would like to improve on for my 2nd placement are all to do with my speed at getting fully integrated in the team and systems. The experience that I have gained here at Optus will be invaluable in achieving these. I would also love to attend more social and work related events that I have missed out on over the last 6 months whilst being half way around the world.

I am sad to be leaving Optus, but excited for what my second placement will bring!

P.S. Just want to give a shoutout to all the people that made me feel very welcome at Optus; Fi, Peter, Sean, Admir, Tram, Vinny, Alex, Jooho, Susan, Vassil, Brodie, Sam and of course “Data Dave”. Thank you!