As promised, here is the second edition of my Alteryx tips’ series! We went through a whole lot of content today – as usual – but one workflow we went through this morning really stood out in my opinion: running a sentiment analysis on text. I’d read quite a few articles about this type of analysis in the past few months and never realized how simple it was to get done. That is if you have right the tools, and Alteryx is the perfect tool to get this done. That being said, let’s get right into it!

Imagine you were interested in identifying the general emotions being expressed by the tweets of your favorite politician. After downloading the list of said tweets using the Twitter API, you sit idly in front of your computer, wondering how in hell you are ever going to get this done. Fear not! This will be surprisingly easy to accomplish. All we need to do is the following:

The dataset we will be utilizing for this case study contains a load of different tweets from customers about a store called Hobsons. Check it out below.

As you can see, it includes the full tweet in the Message column, as well as additional information regarding the person who wrote the tweet, and when it was posted.

Now that the stage has been set, let’s get started!

In order to obtain a sentiment score for each tweet, and then organize our data in a way that will make it easy and useful to analyze in Tableau, we will be completing three different tasks:

Before I reveal the workflow you’ll have to build to complete these steps, let’s explore some of the key concepts and tools you’ll be using

A macro is nothing more than a set of tools that have already been linked together and prepped for you to use in order to accomplish a specific task. The Alteryx community is very active and people are regularly posting amazing macros that you can download for free!

What’s hidden inside the Sentiment macro then? Well, to be honest, I have no idea yet, but I wanted to share a picture of what the workflow behind it is. Take a look!

As you can see, it’s just a set of your standard tools linked together! Pretty impressive right?

So what output does running our dataset full of tweets provide? I’ve taken a screenshot for you!

The only column we will be interested in is the leftmost one, WeightedAverage. The macro has just assigned each tweet a score based on how the words it includes fair in its built-in ranking system. Words like “love”, “adore”, “recommend” give you a higher score, while others like “complain” or “unfriendly” lower it.

Filtering out all common English words

Now, this step might have seemed a bit strange in my earlier explanation, but it’s really quite simple. Most of the words included in our tweets will be common words that do not express any feelings in themselves, such as “and”, “or”, “them”, etc, etc, etc. In order to make our final dataset as compact and useful as possible, it is imperative that we remove them. In order to do this, we will first have to import a dataset that contains a list of the most commonly used words. Once again, I’ve taken a screenshot so you can see what it looks like: 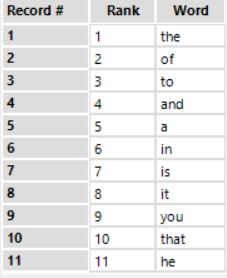 Pretty straightforward, right? With the help of this list of words, we will be able to remove all the useless elements from our final data set once we’ve parsed out the tweets.

With these two clarifications in mind, let’s take a look at the workflow you’ll have to build to complete to run your first text sentiment analysis!

Thanks for reading guys, tune in tomorrow for more Alteryx tips! 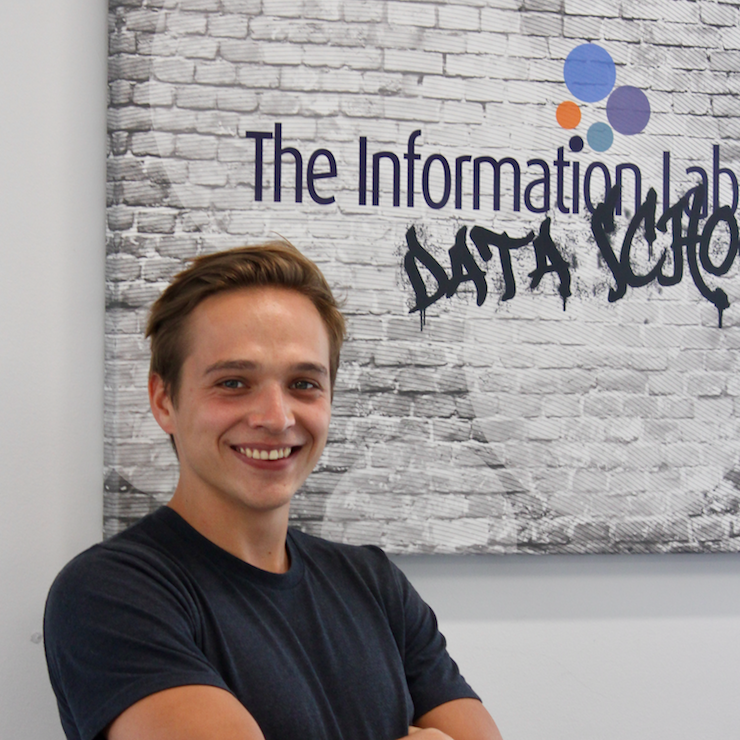