This is going to be a short one since it’s been a long week and quite frankly, there is notv all that much to say about what I have created today.

Still, it has been a great last day of a long week full of excitement, frustration, satisfaction and tons of lessons learned. This morning, Andy awakened the teenage girl in some of us by giving us the best.dataset.ever: BOYBANDS! Inspired by the amazing Internet Boy Band Database, we got to know everything we ever wanted to know about boybands and more. And as it was the last day before the holydays, we all had a competition going for who could come up with the most outlandish, most garish and most 90s dashboard ever.

Time was of the essence. After presenting yesterday’s dashboards, we were left with only a few precious hours. I wanted to add a measure to my existing data, so I used the YouTube links included in the data set to download the YouTube page for every bands top hit in Alteryx and parse out the number of views that video got. That took up more time than I had planned, since I had a hard time getting the RegEx syntax right. Once that was done, I was set to go!

I wanted my dashboard to have a teenage-girl-pinboard kind of vibe, and I took inspiration from Louise’s awesome infographic about Seattle cycling data from the day before. I sketeched out a rough format and started creating sheets mapping age and height of the band members as well as eye/hair colour and the number of YouTube view their top hit got. I used hearts for shapes in my scatterplots (because why not) and created a single-row Gantt chart with band members’ dates of birth, which created a nice barcode effect which I think I might actually use again in a proper dashboard. 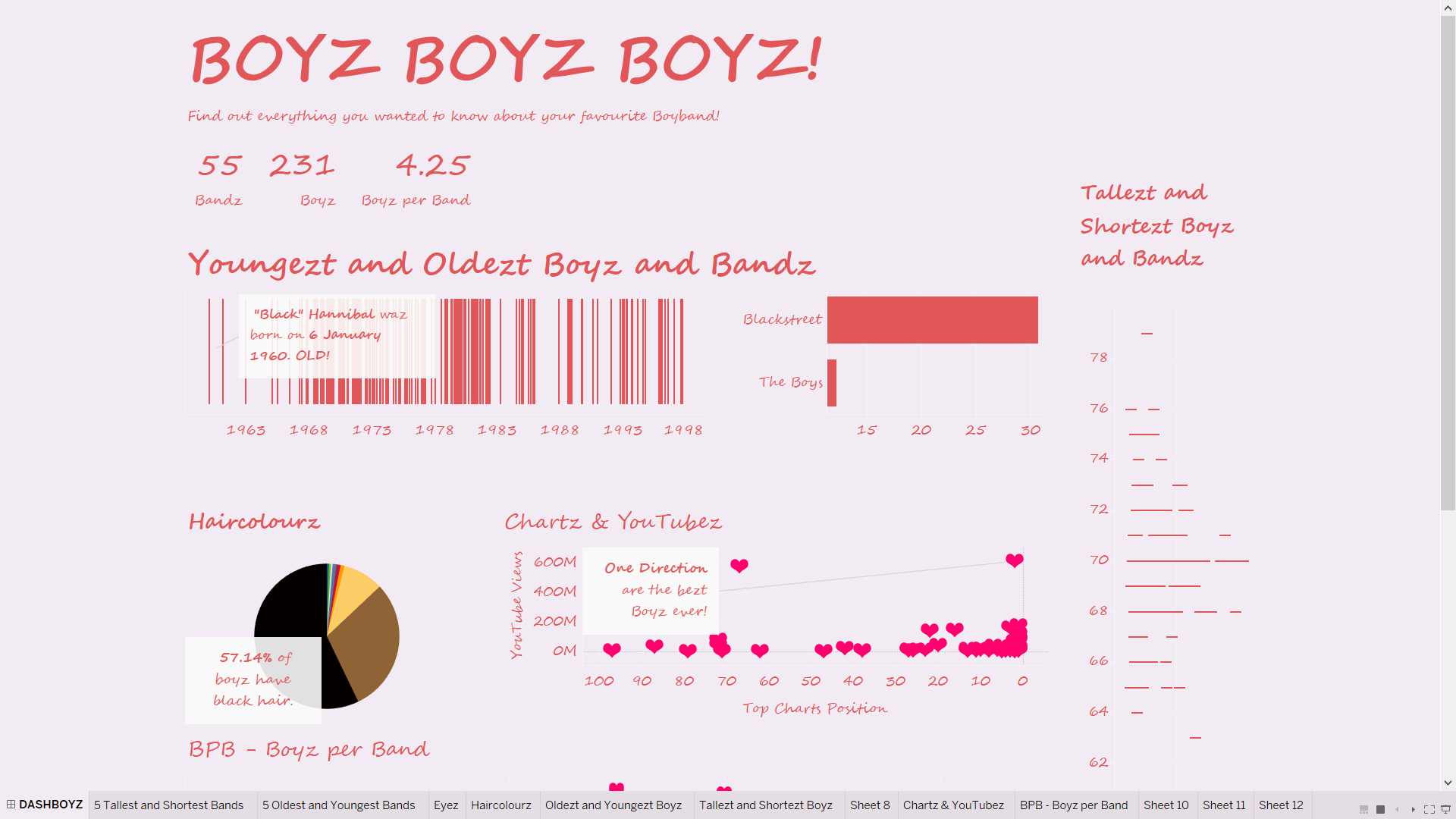 Our presentations marked the end of a great week, and we are all excited for what the new year at the Data School will bring.

See my viz on Tableau Public and let your inner teenager roam free!