So, today our task (
/andy-kriebel/avengers/ ) was to prepare a dashboard from the following data source:

The data source contains all the characters from Marvel’s Avengers and their basic info – including how many deaths and subsequent returns to the comics they have had.

I’m not a massive fan of superhero films (sorry Sam) but nonetheless it was fun to play around with the character data – especially given the silly context and how there loads of different characters in the csv.

First, I set out to sketch what I wanted to make in Tableau. This was pretty useful to hone my mind on what to focus on (and perhaps more importantly, what to ignore).

Here is a pic of my initial sketch!

Ignoring my artistic talents, you can see that:

(i) The idea was to show the characters with the most deaths and returns in a chart with connected circles (slope chart?)

(ii) I wanted it portrait

After sketching, I jumped into Tableau … and then jumped right back out after realising the data structure wasn’t what I wanted for this particular chart type.

I wanted the all deaths and returns on one continuous variable, as opposed to 10!

So I used Alteryx to do this. Part of the process was creating multiple rows for each character with Append. This meant that I could then make each row a distinct death/return for a character, give it an X and Y coordinate and then plot all of these points to make the graphs from the sketch.

So you can see I put all the returns and deaths in the same column – Alive state – and gave them different values so that they would be at different points on the Y axis when plotted.

I then went back to Tableau to make it.

To make these charts, the tricky bit was to 1. make the last point bigger (to signal the current state of the superhero – dead or alive 2. Colour the points different depending on whether they are non-end dead, non-end alive, end-dead or end-alive.

To do the different sizing, I used the following table calc:

This is configured across the table (containing Character Name – a dimension) so it treats the last point for each character.

The colouring was something similar:

This allowed me to make the “current state” circle for each character more impactful by making them bigger and less faded.

Other things to note are that the circles and lines were joined by using a dual axis in Tableau.

Other than the graph, I decided to look at the life expectancy of these characters. There wasn’t info on their life expectancy in the Marvel Universe – only when they were created. So I thought the Number of Appearances (presumably in comics) field would be my best best.

I lastly decided to list all of the characters – not just the main die – ers. There wasn’t room for the one chart per character view, so I decided to just list them as text, splitting them under a respective chart.

Below is the final result. Note it’s meant to be a big A3 graphic (as I used as the dashboard size in Tableau). Let me know what you think in the comment section! 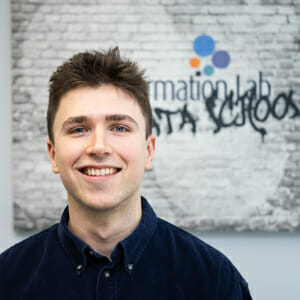 In TrainingLondon, UK
Webscraping through Alteryx as if you are logged in

A quick recap of Dashboard Day 1